Palatial – just one of the Taib family’s US residences

When you have dozens of properties and as many companies to manage them it is always a good trick to stick to similar names.

Sarawak Report can exclusively reveal that there is a US arm to the Taib family’s secretive North American  property empire.

Sakti International Corporation comprises properties totalling an estimated value of US$80,000,000, according to their own company documents.

Each property is held under a separate company, usually named after the property’s street address, again in order to aid recognition.

However, one of these companies is not so named. Wallyson’s Incorporated, based in Seattle, operates what is known as the Abraham Lincoln Building.

This is the North West Regional Headquarters for the FBI, America’s domestic security and counter-terrorism service.

The Seattle branch lists amongst its particular responsibilities countering terrorism threats from Far East Asia.  This building is owned by the Taib family. It shows once again the Taib family’s ability to ingratiate with the establishment in host countries for their foreign investments.

Taib company history in the USA

Also like Sakto, Sakti is currently managed by Sean Murray, husband of Jamilah Taib, who is the daughter of Abdul Taib Mahmud, Chief Minister of Sarawak (salary 20,000 Malaysian Ringgit per month).

Sean Murray was re-named Hisham Murray when he converted to the Muslim faith on his marriage to Jamilah, but never uses this name in his business or social capacities outside of Sarawak. 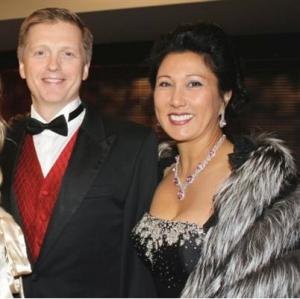 However recent court documents deposited with the San Francisco Superior Court show that the company has always belonged to the Taib family.

Sakti makes several key acknowledgements in its deposition to the Court, which are therefore incontestable.

The company admits that Sakti was incorporated in California in 1987 and that it was initially managed by Mahmud Abu Bekir Taib.

Previous revelations in Sarawak Report have proved that Mahmud Taib, the eldest son of the Chief Minister, was also an original Director of Sakto in Canada, formed in 1983, along with his sister Jamilah and their uncle Onn Mahmud, the Chief Minister’s brother.

The Sakti court deposition goes on to admit that Mahmud Taib, who is now Chairman of CMS Sarawak, was later succeeded by his younger brother Sulaiman Abdul Rahman Taib as “sole officer and director of Sakti”. Sarawak Report also has documents to show that he was also the sole officer of Wallyson’s (see below). When Sakti was incorporated in 1987 Mahmud Taib was 27 years old and his brother Rahman Taib was just 20.  However, the youthful brothers were supported in their roles by the involvement of other close family members.

Two of the Chief Minister’s brothers (Mahmud Taib’s uncles) joined him as the original directors of the company.  The deposition by Sakti says “[The] Defendants admit that the original members of Sakti’s Board of Directors were Onn Mahmud, Arip Mahmud and Mahmud Taib”.

Equally significantly Sakti admits that the shareholders of Sakti are all the Chief Minister’s own children or his brothers.  The document deposited by Sakti International Corporation states “the original shareholders of the company were Mahmud Taib, Onn Mahmud, Jamilah Taib, Arip Mahmud, and Rahman”. It goes on to confirm that “Mahmud Taib, Onn Mahmud, Jamilah Taib, Arip Mahmud and Rahaman are still shareholders of Sakti Holdings” (the company into which the shares have been moved)

Sarawak Report can therefore categorically verify that Sakti in the US, like Sakto in Canada, was set up and originally managed exclusively by the Taib family, who provided the original US shareholder investments.

The involvement of Sean Murray, the current Manager of Sakto and Sakti, began only after his marriage to Jamilah Taib and in fact he succeeded Rahman Taib as the Manager of Sakti only in 2006.

Sarawak Report therefore invites Mr Murray to declare whether he currently holds any shareholdings in the companies he directs, or if he is merely an employee of his wife’s family.

Sarawak Report also invites the Taib family to explain how between 1983 and 1987 they were able to invest millions of dollars in the setting up of two property companies in Canada and the US? Sole Officer and Director Rahman Taib and his parents, the Chief Minister and Laila Taib

If the money was all coming from the two uncles, who are purported to be businessmen, then their generosity in including the Chief Minister’s children, rather than their own, in these shareholdings is surely most surprising?

Time for some answers

Sarawak Report believes that the people of Sarawak deserve an immediate explanation of these facts from Chief Minister, Abdul Taib Mahmud.

The Chief Minister should instantly reveal whether he holds or once held a stake in these companies in North America and if any of the money invested was provided by him.

If Taib Mahmud is the beneficial owner of any of the shares in these companies the Sarawak taxpayer is entitled to know he obtained them.  Malaysia’s law enforcers should be enquiring on their behalf.

The FBI should also be willing to issue a statement enlightening the public about the ownership of the building they occupy.

As joint defendents in the California court case Wallyson’s and Sakti International admitted that the owner of Wallyson’s Incoporated is a company called Rodinmass, which is registered in the British Virgin Islands.

It is inconceivable that the FBI did not check who the owners of Rodinmass were, given the sensitivity of this building.

Since the sole officer of Wallyson’s was Rahman Taib,  Sarawak Report contends that the owners and shareholders of Rodinmass are, like with Sakti International, the Taib family. Our information is that Laila Taib was the majority shareholder of Rodinmass. Taib’s wife, brothers and children are all linked to these North American companies.

It is for Taib to now demonstrate that somehow he is not also linked as a beneficial owner of these lucrative properties.

Sarawak Report would like to thank its subscribers for their enthusiastic response and will be investigating a number of the issues they have raised.   Your feedback is appreciated and our investigations are on-going.