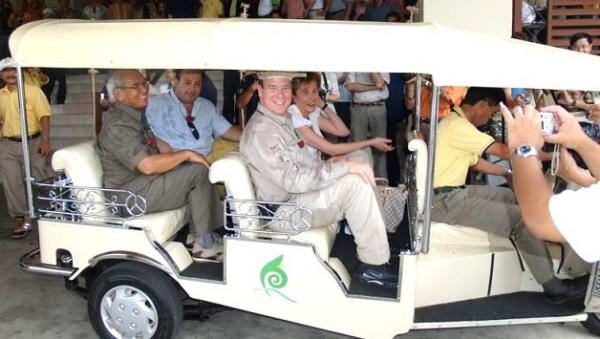 Off to save the environment! Prince Albert, the Director of his Foundation Evelyne Genta and their bankrollers, Achilleas Kallakis and Alfred Jabu, representing Sarawak.

The man pictured in the party-buggy sitting next to the Deputy Chief Minister, Alfred Jabu, is a Greek called Achilleas Kallakis.  This was in  April 2008 and Kallakis was already a man with a criminal record.  Back in 1995 he and a colleague,  Alexander Williams, had been convicted in the UK of selling false Hong Kong passports for RM 100 thousand each and also for selling fake Lordship titles to Americans for nearly twice that amount!

However, the pair had escaped jail and by this occasion Kallakis had wormed his way back into a position of apparent super-respectability.  He was visiting the Taib family’s 5 Star Royal Mulu resort as one of a party of honoured guests accompanying Prince Albert on a highly publicised visit to Sarawak.  By now he had been appointed Consul to Brunei for the Italian principality of San Marino, was on the Board of the National Portrait Gallery in London and had become a member of the Prince Albert of Monaco Foundation, which is dedicated to the environment! 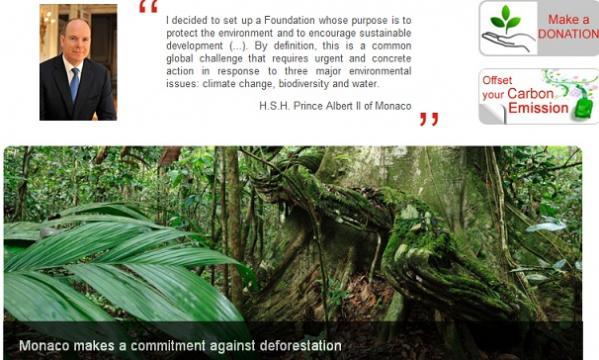 Is the close association with Sarawak's Taib Mahmud appropriate for such an organisation?

It would appear that the basis for Kallakis’s new-found social status was his sudden reputation as a very wealthy man.  Just that month he had rocketed into Britain’s Sunday Times Rich List as one of the top 400 wealthiest people in the UK.  The newspaper  estimated his worth at at least £250 million (RM 1.2 billion) – a staggering achievement for a man who had been caught out as a cheap fraudster just a decade ago! 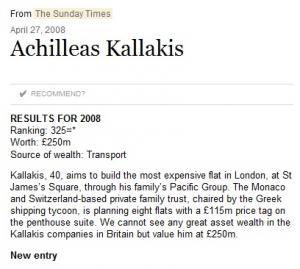 Where did he suddenly get the money?

Interestingly, the Sunday Times also stated foundation of his wealth as being his position as Chairman of a “Monaco and Switzerland-based private family trust” and his Directorship of the Pacific Group, which had accumulated an eye-watering portfolio of key landmark buildings across London.  According to the newspaper the then 40 year old was planning to build the most expensive flat in London, at St James’s Square.

By 2008 Mr Kallakis had also started to develop a public profile, earning a reputation for himself as a fast-living and gambling high-roller.  He travelled by chauffeur-driven Bentley and private jet, owned a yaght and smart residences in London and Monaco.   Acquaintances said he was always travelling somewhere in the world, however the background to his success remained a little unclear to those with whom he shared champagne in some of  the world’s top hotels.

My backers are “so wealthy they don’t even appear in Forbes Magazine!”

While the claims of family links to a Greek shipping dynasty are believed to be false, Kallakis had once boasted to reporters from the magazine Property Week that his backers were a Monaco and Swiss-based family trust – investors who were “so wealthy they don’t even appear in Forbes”.  Given his intimate ties with Prince Albert and the Taib family, Sarawak Report questions who these backers might be and why so many of Kallakis’s links tie back to Sarawak, Malaysia, Brunei and Hong Kong? 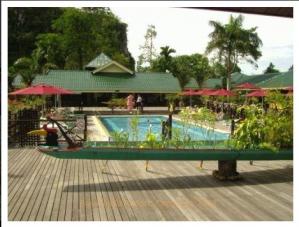 We can also reveal that Kallakis’s new moment in the sun was spectacularly short-lived.  Shortly after this Mulu visit his affairs began to unravel and he once again faces charges of fraud.  This time the charges are far more serious.  In March 2009 his London offices were raided and he and the same business partner Alexander Williams were found to have raised £61 million in mortgages, which were backed by false guarantees and forged documents.  They are now awaiting trial on multiple charges of property fraud in a case which is still being investigated by Britain’s Serious Fraud Squad.

Interestingly however, while he has now been dropped from the Prince of Monaco’s Foundation, Kallakis remains up till the date of our publication prominently displayed on the Royal Mulu website as one of the main recommenders of the resort. 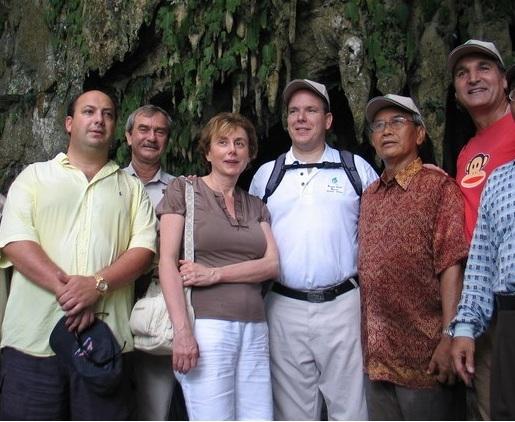 The Royal Mulu website has continued more than a year after his arrest to feature Kallakis as one of the party of honoured guests accompanying Prince Albert of Monaco on his visit to Sarawak.  He is one of four individuals who provide recommendations for the hotel.  The others are Prince Albert himself,  Mrs Evelyne Genta (the Director of his Foundation and Monaco’s Consul to London) and Mr Francesco Bongiovanni, President of the Monaco-Asia Association. 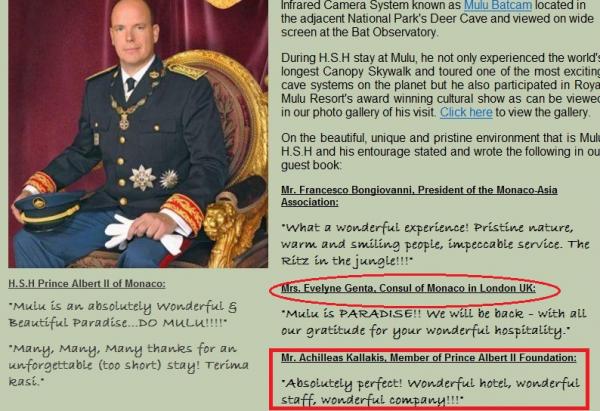 This visit to Mulu was only one of a number of  close connections between the current leaders of Sarawak and Monaco that have caught the attention on on-lookers in recent months.  In fact, one can only wonder at the sudden apparent friendship that has developed between Prince Albert, as a self-professed environmental campaigner, and the Taib family, who are notorious for their destruction and plunder of the Borneo Rainforest.  There have been numerous visits by the Taibs to Monaco recorded in magazines like Asian Tatler (below) and party photos and the Taibs are believed to have acquired property in the sea-side tax haven and gamblers paradise. 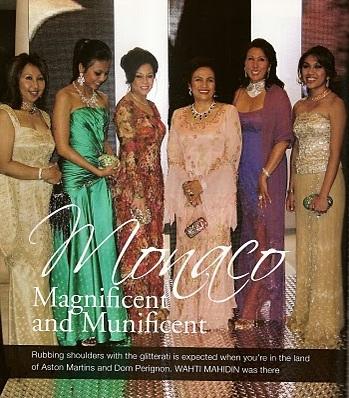 However, given that the slightest investigation on the Prince’s part would have exposed Taib Mahmud as being both environmentally toxic and notoriously corrupt, Albert’s own visit to Mulu can only be described as an astonishing misjudgement.  His staff, led by Evelyne Genta, Director of The Prince Albert Foundation, cannot have failed to spot the well-documented fact that Taib first confiscated the land from the Berawan Tribe and then proceeded to hand it to his own family company in order to build and manage the resort.  Not only are his own sister Raziah and her 3rd husband Robert Geneid in charge of the company Borsamulu Resort, but we have recently revealed Taib himself owns a substantial shareholding as well! 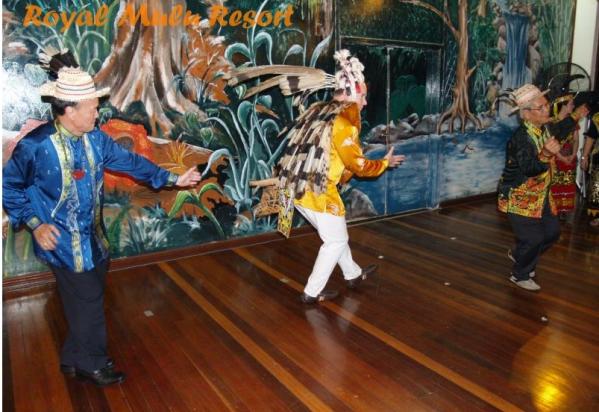 Albert’s staff should also have been aware that the conflict of interest on Taib’s part does not end here.  In a characteristic fashion he has also involved the Government of Sarawak in a joint venture with the resort, meaning that public funds are being used to support the Mahmud family in running their own investment!   Worse, the extensive logging sponsored by Taib in the lands surrounding Mulu has also destroyed most of the wildlife in the area and driven the forest peoples, including the Penan tribe from their 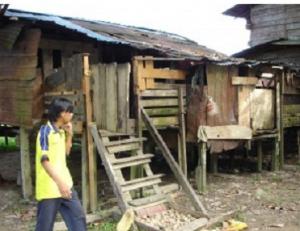 Not such fun for the tradional people.....

As Prince Albert must also be aware, UNESCO is currently reviewing its granting of World Heritage status to the area for these very reasons and also because the Chief Minster is now planning to inundate much of the region as part of his vast dam projects.

One of my country’s top investors

Nevertheless, Albert did make the visit, which as Sarawakians will remember, was treated as a major event by the Sarawak Government.  He was welcomed and entertained at Mulu by the Chief Minister’s right hand man Alfred Jabu and also Taib’s brother in law Robert Geneid.  According to photographs the Prince clearly threw himself into the lavish entertainment, which was decorated by traditional shows from the very Berawan people who have been deprived of their lands.  Albert also visited Kuching for a State Banquet, which was hosted by Taib Mahmud himself. 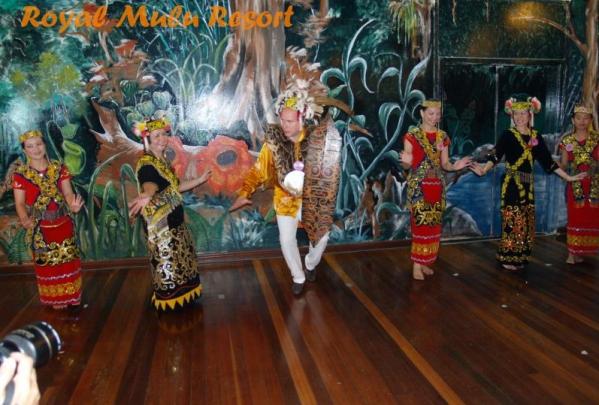 Prince Albert is the fellow in the middle - why are the ladies laughing?

Yet puzzlingly, when journalists asked him the question why he had chosen to come he is reported to have answered “Why should I not visit one of my country’s biggest investors?”.   Sarawak Report therefore wishes to know what is the evidence that Sarawak holds such large investments in the well-known gambling and tax-haven that makes up his tiny sea-side principality in the South of France?  Also, how will these investments in what is known as a top place for individuals to hide money benefit the citizens of Sarawak? 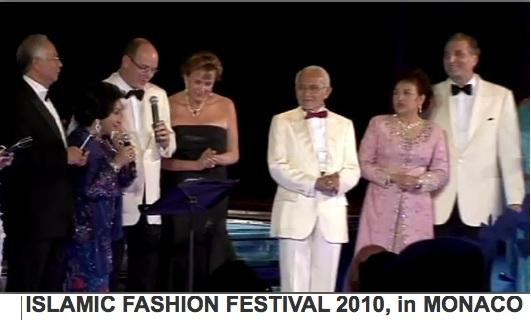 None of the recent events linking the Taibs with the ruling family of Monaco have been more eye-catching than the Taib-sponsored Islamic Fashion Show held last August to raise money for the Prince’s ‘environment’ fund.  Once again there are numerous pictures and videos available.  They show both Prime Minister Najib and his wife Rosmah in attendance, along with the Prince himself and once more Evelyne Genta, who gave a speech in her capacity as Director of the Prince Albert Foundation, which is ‘dedicated to the environment and sustainable development’.

CLICK HERE FOR VIDEO OF “just call me and I will come running – you got a friend”, starring Prince Albert and Taib Mahmud. 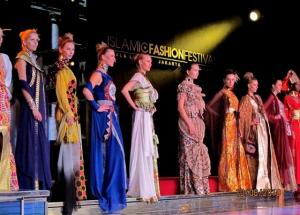 Islamic? Or just sucking up to Monaco?

Any money raised from Sarawak for this fund will of course have been raised from the unsustainable destruction of one of the world’s last remaining tropical jungles over the past 30 years, thanks to Abdul Taib Mahmud, who was a guest of honour at the event and stood centre stage at the finale.  It is believed that all the money to foot the bill for this lavish occasion was raised through Taib’s business contacts. This reportedly also included the RM1 Million cheque presented to the Prince by the Malaysian Prime Minister’s wife!

Achilleas Kallakis was the only member of the Mulu original party guests who was not reunited here on the stage in Monaco.  He remains unfortunately on police bail in the UK awaiting trial for very serious property fraud.  However, the properties belonging to his companies have continued to catch the eye of the media.  The sheer size of his massive portfolio, which included UK government offices, shopping centres, housing and several landmark buildings have raised many queries about who the real owner could be.  Even more interesting has been the hasty re-assembling of this property portfolio under by another company after the Kallakis Group disbanded. 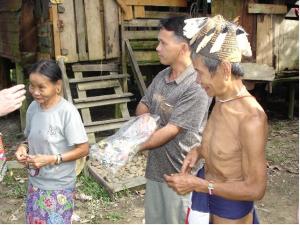 Wealth and progress? - this is how the Penan have been left after the removal and destruction of their forest. A Headman and his wife outside their residence!

Sarawak Report suggests that the connections between Taib Mahmud, Achilleas Kallakis, Evelyne Genta and Prince Albert of Monaco do not appear to be coincidental.  The Prince was seeking financial support and the Chief Minister was likewise seeking something that the Monaco tax haven with its lax financial regulations has to offer, which is discreet banking.  This all the more so since the previous country of choice for shy billionaires, Switzerland, has started to tighten scrutiny of its bank accounts.

Taib, who used to frequently visit his dentist in Switzerland is now seen so much more often in Monaco with his family that one wonders if maybe it is due to his dentist moving south?