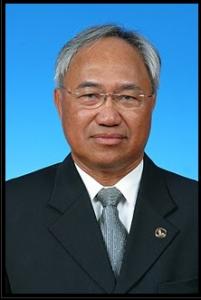 Both men are married to Muslim women and under current Malaysian law this obliges them to become Muslims.  However, neither have publicised their conversion nor are their new names used in their official dealings with their constituents.  Critics today have been saying that public figures should come clean about their religion and that it should not be a matter of secrecy.

PKR spokesman Abang Zul, himself a Muslim, today commented that:

“We should not be ashamed of our own religion.  You have to reveal your chosen faith to the people.  You don’t have to worry because the people understand there is a freedom of religion”

The issue raises a number of concerns about why so many BN YBs are converting to become Muslim and also why they would be hiding this from their constituents?  There is a view that ambitious politicians are converting in order to better their chances for promotion and other favours from the Chief Minister, who is criticised for discrimination against non-Muslims.  On the other hand, existing laws forcing any non-Muslim to convert if they marry a Muslim are also a form of practical discrimination against other religions, which are effectively being treated as the lesser faith under Malaysian law.

Certainly, in the case of both Dawos and Rayong it would appear that the conversion first took place in the bedroom and then proceeded to a quiet ceremony at the Religious Council.   Dawos, who already had a wife and three children, married a young Muslim singer from the raunchy all girl pop group Elite some four years ago.   However, he has yet to make public either the marriage or the conversion.  Indeed Dawos is still frequently seen attending Cahtolic Church in Kuching with his unfortunate first Christian wife, to whom his behaviour of course represents the crime of bigamy!

Please can you put on a show for my constituents?

In the case of Johnical Rayong we have learnt from an angry male friend of the YB’s first wife that the Engkilili representative has been trying to persuade her to return with him to the constituency for the election campaign to put on a show for the voters!

This is the not the first time he has been accused of trying to mislead his constituents.  At the last election in 2006 he won the seat on behalf of the opposition party SNAP and vigorously attacked the BN coalition during the election campaign.  However, less than a month after the election he swapped sides and joined SUPP!   Sarawak Report wonders therefore whether he is more a frog than a crocodile?

The circumstances of his second marriage and conversion are unlikely to please voters, especially the Christian majority in his constituency, which is probably why he is trying to suppress the facts.  However, Sarawak Report believes that people have a right to know about the characters of the public figures who represent them.

First wife was fired by SMS! 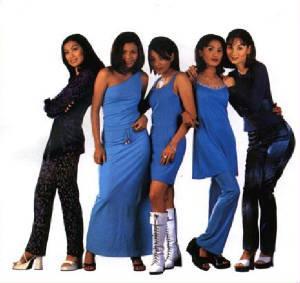 Raunchy - Kumpulan Elite. Which one is now a Datin ?

Our source  has told us that Rayong’s first wife Patricia Dexter Sudok, a staff nurse in Kuching, learnt of her husband’s infidelity and subsequent conversion from an SMS message.  The YB sent her a text to inform her of the shocking news that he had re-married and converted.

She went to the Islamic Religious Council in Kuching, where she was shown a copy of the conversion certificate stating that the State Representative for Engkilili had converted on 29th January 2010.  They also informed her that he was now married to Kamasiah binti Abdul Jalil, a divorcee in her 30s with two children, who works in the Chief Minister’s Office!

The YB then moved into an apartment in 7th Mile, Kota Sentosa with his new wife.  However, he has steadfastly refused to grant his first wife a divorce and she even complains that he has been attempting to persuade her to parade with him in Engkilili in order to give the impression that they are still together as a married, Christian couple!

Sarawak Report suggests that the people of Engkilili deserve more honesty from their YBs and that a man who can lie about such things is probably capable of lying about anything else.    A frog is annoying, but a crocodile is far more dangerous!