Your Native Lands To Pay Off My Bomohs! 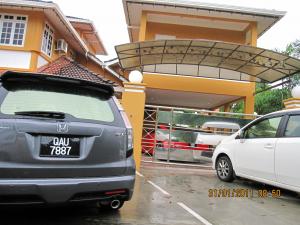 We can confirm that more of the land that rightfully belongs to the natives of Sarawak has been grabbed by Taib’s cronies, this time as payment to one of his Bomoh’s, Ahmad bin Suut!   Clearly the Chief Minister prefers to exploit the poor, rather than pay in his own hard cash for such black magic activities!

The area concerned is in the Bidayuh region of Serian, adjacent to the huge tracts of reserve forest, which Taib handed to his own sister Raziah at Ensengei. However, the gesture has ended up in a messy and damaging court case that has exposed the Chief Minister and his government to accusations of supporting a ‘con-man’.   Suut now stands accused of trying to sell on his vast concessions without revealing the Native Customary Rights attached to the land! 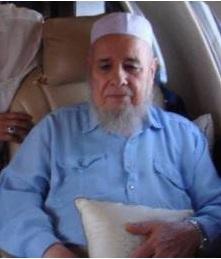 It has been well-known in inner circles that Taib has employed a string of Bomohs over the years. Hj Ahmad bin hj Suut is just one of a motley crew that he has relied upon to help him with his decision-making.   Indeed, the basement area of his huge mansion is widely reported to be crammed with alters and artifacts devoted to such superstition and black magic devilry!

As we previously exposed, for a considerable period the Chief Minister was in the thrall of a Pakistani Ustaz, organised by his brother Tufail.  We can now also reveal that he currently favours a blond female ‘witch’, this time provided by his sister Raziah.

Ahmad bin Suut, on the other hand, is an Indonesian and his sister is married to his business partner Francis Tan.  Tan publicly enjoys an extremely friendly relationship with Taib’s own sister Zaleha, who is also married.

The consulting of witch-doctors is of course banned by the Muslim faith and regarded with ridicule by educated people.  Yet Taib is nevertheless clearly prepared to avail himself of the ‘Dark Arts’, particularly if he thinks he can frighten people with them.   Bomohs like Suut claim that they are able to consult the spirits of the dead and fallen angels (Djinns), who can give them advice and power against their rivals and enemies.  They indulge in numerous primitive practices to impress their clients.

Sarawak Report declares itself unfrightened by mean old men and women who call themselves Bomohs, but angered that poor people are being forced into paying for their spells. 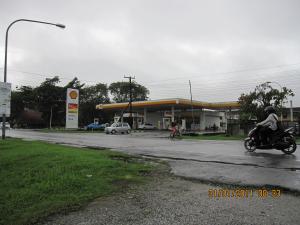 Mixing spirits - Bomoh Suut ran a lucrative petrol outlet, thanks to a concession from the Chief Minister

Hj Ahmad bin hj Suut, who is in his mid-50s and limps from polio, is particularly noted for his enjoyment of material things, despite his spiritual profession.  He consults the ghosts of the dead for a living, but is known to own upwards of 15 luxury cars!

He also ran his own petrol station in central Kuching for a number of years, thanks to the kind concession gifted to him by his top client the Chief Minister. It was useful for filling up all his limousines and is also worth millions of ringgit.  Everyone who has to use this petrol station can remember each time they fill up their tanks that they were subsidising the Bomoh of the Chief Minister!

Suut is also extremely fond of women.  He has three official wives and is frequently seen in the company of other young ladies as well. All these tastes, as we all know, cost a great deal of money.  However, he is clearly providing a service that the unaccountably wealthy Chief Minister has been happy for his citizens to pay for.

Insiders have told Sarawak Report that Suut’s ritual includes falling into a trance like state after steaming his eyes in a charcoal flame. One has observed:

“He will surface from the charcoal smoke, will predict, forecast and do whatever is prayed for”

We have learnt that Suut has worked for the Chief Minister since the 1990s, but is believed to have lately “lost the magic touch with the Big Boss”.  However, during the course of his period in favour he managed to acquire several other business interests with further concessions in the timber and plantation businesses. 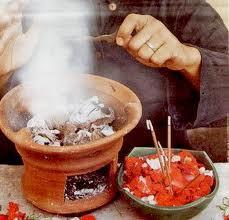 Sarawak Report has now established that one such recent concession, directly handed to him by Taib’s Land and Resources Ministry, has allowed him ownership of over a thousand hectares of land in the Bidayuh region of Serian.

The land was ‘alienated’ from the native customary owners by Taib’s Planning and Resources Ministry and once again the Chief Minister handed it straight to a crony for a give-away price to be paid whenever convenient.  This means that not only do the local people lose out, but the whole of Sarawak loses revenue, because the State has not even been paid the proper price for the land. 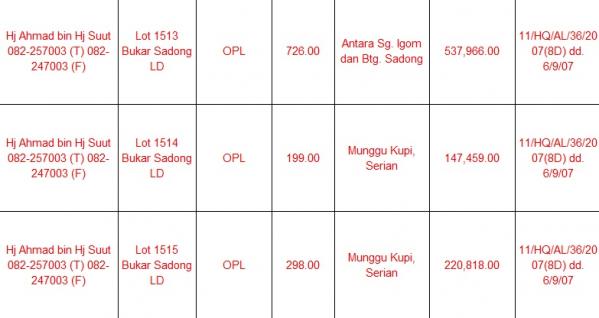 Land for spells - but no magic outcomes for the poor people of Serian!

Suut did the deal in 2007, getting the area for well under a million ringgit.  Conveniently it is stated in the Land Registry that it was been agreed that the Bomoh didn’t have to magic up the cash in advance of the acquisition, as he has been given 5 years to find a purchaser to sell it on to.  It is common practice for Taib’s friends and family to be let off the premium until they have made their huge profit by selling on the land to a genuine plantation company! (very close relatives don’t have to pay a premium at all).

Magic touch lets the Bomoh off his payment!

Once again the Native Customary Land Rights are ignored

As usual the Bidayuh communities of the area say they had no knowldedge of these decisions behind government closed doors until timber lorries turned up on their land and started to cut down their trees.

One of the land owners, Peter Runin, told us:

“They bought their machinery, but they were stopped by the Kampong people”

Runin explains that the people are very angry about what has happened and that they immediately hired the famous Native Land Rights lawyer and PKR opposition leader Baru Bian to fight the case through the courts.

“Everyone has chipped in to pay the legal fee”,

The campaigners told us that even their local YB State Representative, the BN Minister James Dawos, has contributed to the fighting fund against the decision by his own political boss to strip his constituents of their land.  We wonder if this action was in defiance of Taib or supported by him? 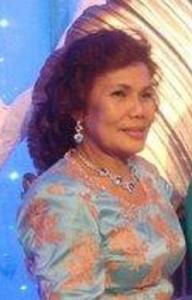 Favouring his sister as well? Zaleha is known to be close to Bomoh's business partner and brother in law, Francis Tan

Dawos has recently been exposed as one of the Crocodile bin Abdullah’s in a recent Sarawak Report expose and we are interested that on the one hand he is willing to crawl to BN , but on the other to curry favour with the victims of Taib’s policies with small contributions of money to try and keep their votes!

Dawos has claimed to have given RM 40,000 to the legal fighting fund, which is of course a mere fraction of the billions in profit that can be made out of the forests and lands that BN has taken from them.  Sarawak Report wonders if Dawos’s contribution was actually also funded by Taib to try and prevent his actions losing BN the once safe seat?  We also wonder if Dawos has not only converted to being a secret Muslim to please his boss, but has perhaps gone further.  Does he also follow Taib in indulging in Bomoh black magic as well?

The action by Baru Bian has so far prevented any further robbery of the forests and the case comes to a full trial in June.  Meanwhile, the Bomoh himself has found himself facing legal action from the Saw Mill company which had hoped to take out the timber from the area.

In order to make his quick profit from the concession Suut and his brother and law/ business partner Francis Tan (Tan Shaw Shyong) had sold on the rights to the wealthy businessman Sng Chee Hua for a cool RM 6 million ringgit.  The company they used to take ownership of the concessions was called Poliga.

Sng claims the brothers in law had not warned him that the land in fact belonged to the native communities and was neither Taib’s to give nor Suut’s to sell on!  Sng is also furious that Taib’s political crony, Michael Manyin Jawong, had encouraged him to go ahead and take on the Bomoh’s concession without warning him of the problems with the land.  Since Bomoh Suut and Francis Tan are refusing to return the money Sng is now suing them for deception!

A close friend of the multi-millionaire businessman has told Sarawak Report that in his view Ahmad Suut is nothing more than a ‘Conman’. 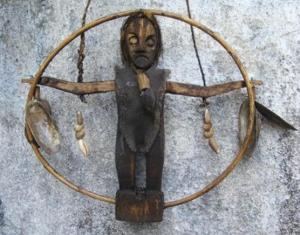 An ‘evil’ Bomoh thingy! The only thing that is really frightening is that the Chief Minister believes this stuff and he hopes if he keeps people away from proper school then they will too!

As all our religions teach us, the activities of Bomoh’s are a load of malign rubbish.   The only real harm they can do is to cause considerable mischief and to waste the country a great deal of money.  This situation has been particularly injurious to the poor local people of Munggu Kupi, Serian, whose land has been grabbed in order to pay off the grasping and greedy Ahmad bin Suut.

It is an outrage that a Chief Minister should allow himself to be beguiled by such dangerous nonsence.

Thirty years of such silly sorcery has to be enough.  Can Sarawak please be allowed to join the rest of the modern world?