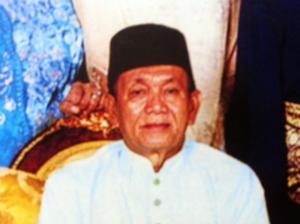 With just days to go before the election the Mahmud family are still coining in money from land handed to them by the Chief Minister.

On February 18th, the Malaysia Stock Exchange announced a RM 21 million purchase of 80% of a company that was been given a stake in a 5,000 hectare plantation in the Baram region by Taib Mahmud.  Our researches have shown that the lion’s share of that cash payment went to his own brother Ibrahim Mahmud!

Ibrahim has often been referred to as Taib’s poorest brother, because he did an ordinary job and went into the police force.Insiders have often felt sorry for him because he did not do as well as the others who have lived off timber and oil palm plantations handed to them by the Cheif Minister. 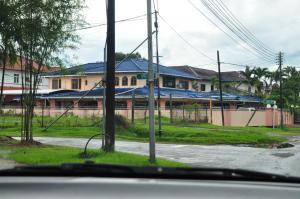 Ibrahim Mahmud's house - not so small !

However, we have already established that Ibrahim has done pretty nicely out of the Masretus Plantation, which was state land handed to him by his brother and now he is doing even better!  For all we know there have been many more such hand-outs to poor Ibrahim – after all his house is not what you would normally expect for a retired policeman!

Gesture for charity, but most stays in the family!

The area concerned  is 5,000 hectares handed out to the so-called Amgreen Plantation in Baram, an area being threatened with total destruction from logging, oil palm and now dams, thanks to Taib’s policies.  Amgreen used to be called Yayasan Sarawak plantation, according to the records, in recognition of the fact that it is partly owned by the Sarawak Foundation, which is responsible for raising money to pay for educational scholarships (spokesman Adenan Satem is Taib’s brother in law) and partly by a Malay cultural foundation.

However, the largest shareholder of Amgreen is not either of the foundations, but a private company called Victoria Square Plantation Sdn Bhd, which has 65% of the shares.  Adenan Satem clearly did not think it appropriate to question that the majority shareholder of Victoria Plantation is Ibrahim Mahmud, who is clearly marked as the contact in the 2007 Land Registry documents for a sister company, Victoria Square Development.

Note that the same address and same phone numbers apply to Amgreen and to Victoria Square Development, owned by Ibrahim Mahmud!

A matter of addresses

It is plain to see that the Amgreen land deal, supposedly for the benefit of the two foundations, was organised and managed out of Ibrahim Mahmud’s office.  Just look at the identical office addresses and phone numbers!

Now, a couple of years on, Ibrahim has clearly decided to cash in. The sale, which took place on February 18th, was previewed and announced on the Malaysian stock exchange.  The announcements explained that 80% of the shares in Victoria Square Plantations were being sold and these documents lay out the details of the whole deal, showing who owns what.  It is therefore quite easy to see just how much money Ibrahim has made and it is an awful lot! 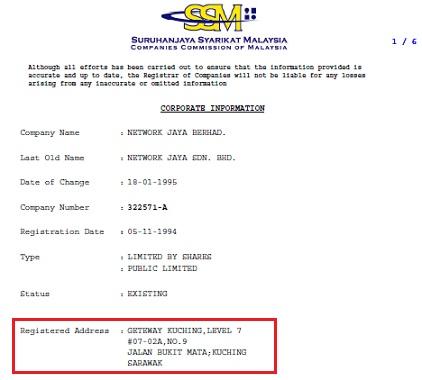 Network Jaya, based at Ibrahim's office again! It owned 100% of Victoria Square Plantation until it sold 80% of the shares for RM21 million last month.

So, little surprise to see that Ibrahim is also the majority shareholder of Network Jaya.  Victoria Plantations is described in the  Fima shareholders’ prospectus a ‘dormant’ company.  Its main asset (the reason why Fima Bhd was paying so much money for that 80% stake) is, of course, that 65% share of the Amgreen plantation – those 5,000 hectares handed to the ‘joint venture’ between the Sarawak Foundation, the Malay cultural foundation and Ibrahim’s company back in 2007, by his brother Taib Mahmud. 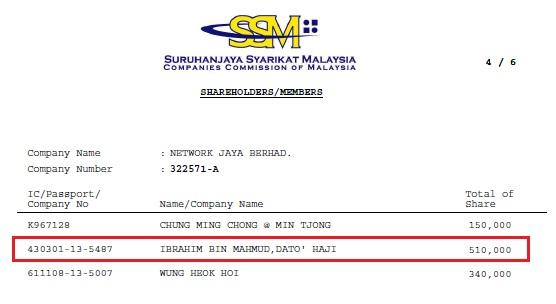 Ibrahim has over half the shares, but it is more likely that it was the other businessmen who stumped up the money for the venture. The Mahmud family use their connections to get land and they use their business partners to pay whatever down-payments are necessary

The buy out, which as we know happened just a month ago, netted Network Jaya RM21 million and because they had only sold off 80% of the shares Ibrahim and his partners have retained a stake in the plantation over and above the huge profit they have already made.

As Ibrahim owns just over half the shares in Network Jaya he will have personally pocketed just over RM 11 million from the deal.   Presumably also, there were trees to cut down, which in itself will have generated a huge added income from this deal that is not included in this profit for passing on the plantation rights.  Not bad when they clearly have yet to pick up a spade.  Did Ibrahim ever even visit the area? 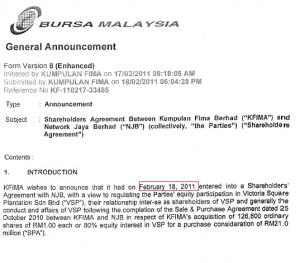 The Malaysian Stock Exchange announcement with all the details.

So what was the actual profit?

This sum contrasts strikingly with the premium that was received by the State of Sarawak for this valuable land as registered in the land records in August 2009 (see above).

RM3.7 million was charged in total for the 5,000 hectares. Ibrahim’s company obtained a 65% stake.  Therefore we calculate a payment of a little over RM 2.5 million.  That makes a comfortable RM 18 million profit for Ibrahim and his partners for their side of the deal – and they have still retained a 20% stake in the company!

Proper transparency in government would have allowed the full details of this deal to be scrutinised by the public and opposition leaders, which would have forced Taib Mahmud to attempt to justify why he had handed such a valuable piece of land so cheaply to his own brother.

However, now we know why he resists transparency and prefers to ‘negotiate’ behind closed doors!

Few will believe that Ibrahim himself will have put up any of the money to finance the deal in the first place, because it has become an accepted practice that the Mahmuds let their business partners put up the cash, while they take the lion’s share of the profits.  Sarawak has become so corrupted that no one can do business without allowing for a huge cut to go to Taib and his family.  So family members regard it as their job to provide only the opportunity to do business, through their access to the Chief Minister,  not to share in the financial risk.  What hard work that must be!

Taib should not worry so much about providing further land grants to Ibrahim.  Our researches have shown he has plenty to invest in business too.  Company documents show that just before Frontken Corporation Bhd went public in 2006, Ibrahim Mahmud was able to buy up 34% of its shares, 125,125,000 altogether.  The company’s Annual Report of 2007 says that the issue of 118,750,000 new shares raised RM31.4 million for the group.  Another fat profit for Ibrahim!  At the height of the market FCB’s shares were worth around half a ringgit each, roughly making Ibrahim’s shares alone worth over RM 60 million,

Frontken Corporation Bhd shareholdings before and after the stockmarket flotation. Non-executive Director Ibrahim Mahmud made a financial killing!

Ibrahim has enough for his old age.