Partners in Politics and Business Too! 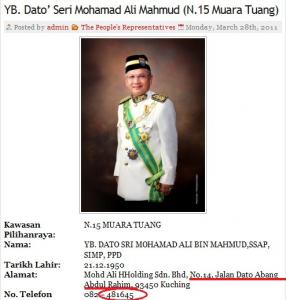 Another Mahmud brother, another land grabber!  Taib was hardly going to leave his brother Ali out of the party.  After all Mohammad Ali bin Mahmud, is also slaving away as a State YB for Muara Tuang and a stalwart of Taib’s PBB (part of BN).

However, Ali has clearly been anxious to disguise his involvement in the land grabs.  Could it be that he thinks that it could be regarded as wrong by his voting constituents?

Most other records in the land registry put the contact name and details clearly into the section where these are requested.  However, Ali just slipped in a telephone number for the company Tabaruk Abadi, which was registered in 2007 as having taken over 5,000 hectares in Sri Aman for oil plantation.

Political allies join in business too

But it is not just Mohammad who is doing well out of Tabaruk Abadi, a company which has acquired numerous plantation lands over the years.  His close political ally the Speaker of the State Legislative Assembly, Mohd Asfia Awg Nassar, is also a fellow shareholder in the business.  Handily for the two politicians the Welfare Board of Kota Samarahan has also engaged in the business, providing a good source of state funding for their enterprises! 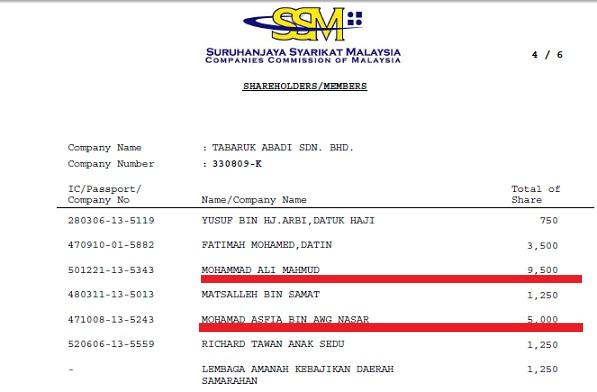 Brothers in politics, partners in business!

With his wife Datin Fatimah, Mohammad owns 13,000 shares, the lion’s share for the Mahmud family, of course. Yet, the two men are clearly close allies.  In fact Asfia named his son after Mohammad Ali.  It is clearly a partnership that has done him well, as he is now Parliamentary speaker and one of Taib’s inner circle.  It goes without saying that he has an extremely large house.  This demonstrates that once again wealth and success in Sarawak relies on talent – talent in sucking up to the Mahmud family that is. 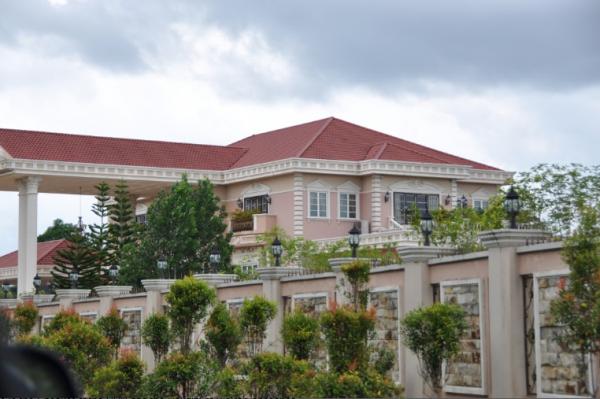 And so, of course, does his business partner and fellow YB, Taib’s brother Mohammad Ali have a very nice big house too! (see below). 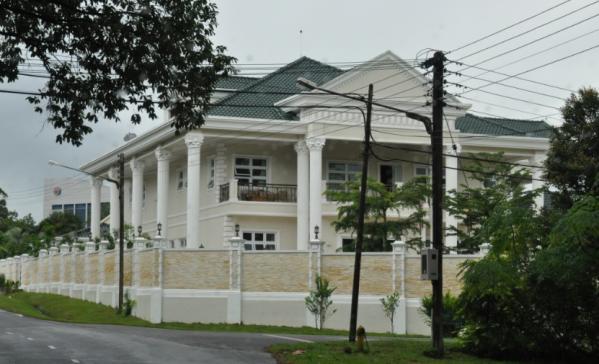 Wealthy YBs - access to those plantation is the route to wealth

The corruption at the heart of the Land Grabs

As this story and so many others we have researched over the past few weeks demonstrate, it is corruption through and through that drives Taib Mahmud’s Land Grab policies. 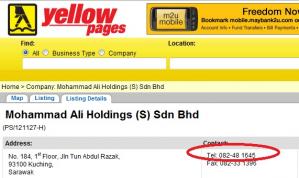 BN are welcome to put forward their political arguments that the State of Sarawak is in need of ‘development and progress’.  They are also entitled to their views that, in order to achieve this, an “aggressive alienation” of Native Customary Rights Lands is necessary – although in fact this policy has now been ruled illegal time and again by the courts, who have been dealing with the hundreds of resulting land disputes.

But, it is in their manner of carrying out these policies that BN have revealed themselves to be insincere, greedy and corrupt.  They have shown their true motivation has nothing to do with ‘progress’ for the people of Sarawak  and everything to do with their personal ambitions to make as much money as possible out of the resources of Sarawak.

We can see this, because, instead of carrying out their policies honestly and transparently they have secretly handed out all these lands for themselves! 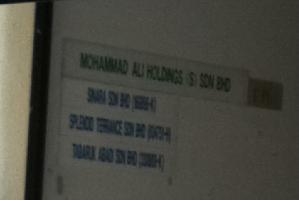 Mohammad Ali Holdings and Tabaruk Abadi Sdn Bhd share a sign outside the address which was given in the Land Registry!

If Taib was honestly attempting to develop Sarawak’s lands in the best way for his people and the State, he would be openly auctioning off these vast concessions for the best possible price that could be gained by the government.  In this way the proceeds could be ploughed back into genuine development for roads, infrastructure and the alleviation of the widespread poverty of the people.

Measures to ensure that these lands are also developed sensitively and with due responsibility towards the environment and inhabitants could also be publicly written into such contracts, given a proper, honest approach to government.

But Taib has, of course done none of the above.  He has instead handed out all the parcels of land dirt cheap and via secretive deals to his own family, friends and political allies.  They have then sold them on for millions in profit to ruthless plantation companies to do what they like or developed them themselves.  There could have been no grubbier, greedier and more lawless approach to the business and, as we well know, any protests by local people have been dealt with by armed thugs hired by Taib’s cronies. So much for the good of the people.

Taib Mahmud has behaved like some sort of evil Sultan, treating the resources of Sarawak like his own family possession and wasting them.  But, Sarawak does not belong to him.  He was given the trust of the people and he has abused it spectacularly, grabbing and destroying their lands without a single care except to make himself as rich as he possibly can.