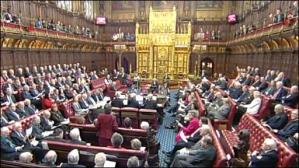 Knowledge and concern about the timber corruption associated with Sarawak’s Chief Minister is now spreading to the UK.

Last week his name was raised in the UK Parliament’s upper chamber, The House of Lords, after a question had been asked of the Government to give an assessment of the impact of logging on indigenous people, plants and animal life.

Present to answer the question was one of the Government Ministers from the Department for International Development (DFID), Baroness Verma.

The question asked in the House of Lords on Tuesday

The Baroness answered that the UK Government is well aware of the concern about unrestrained logging and how it impoverishes around a billion people on the planet.

Baroness Verma: My Lords, more than 1 billion people depend in varying degrees on the forests for their livelihoods with many more depending on the ecosystem services they provide. Some 350 million people who live within or adjacent to dense forests depend on them to a high degree for subsistence and income. Degradation and deforestation cause a loss of between $2 trillion and $4.5 trillion per year in ecosystems goods and services. 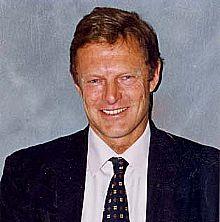 One of the best known campaigners for Rainforests in the Lords then raised the issue of Abdul Taib Mahmud and his effect on Sarawak and its people.  To cries of “Hear, hear”, he rose to ask:

“My Lords, can the noble Baroness give any indication as to whether our Government will be following the moves by Switzerland and Germany to investigate money-laundering of the proceeds of timber corruption by the chief minister of Sarawak in Malaysia? What other measures are being taken to identify and sanction those large international logging companies which do not ensure best practice in sustainable logging?”

The Baroness replied that although she could not respond on a particular individual, the mechanisms are in place to deal with timber corruption:

“I would like to say to noble Lords that we are ensuring that we respond proactively to the difficulties we are all facing with this issue. The multinational companies that deal in illegal logging will find that the penalties for this will be severe.” [link to the debate]

Taib’s assets in the UK 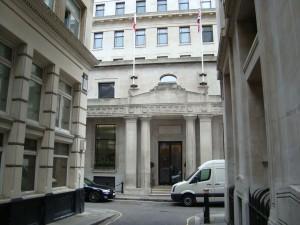 The mention represents a set-back for the Chief Minister, whose family assets are extensive in the UK.  Timber corruption campaigners have already prompted money laundering investigations in Switzerland and Germany, as referred to in the Lords debate.

Last week also Canadian Government acknowledged that it too is aware of the fact that the Taib family have hundreds of millions of dollars of property assets in North America.  While it has refused to confirm or deny any investigation at this stage, a top executive of Canada’s Department of Justice told the Bruno Manser Fund that:

“The RCMP(Royal Canadian Mounted Police)’s Integrated Market Enforcement Team is a group of highly acknowledged specialized investigators that are dedicated to ensuring that those who commit serious capital markets fraud offences will be discovered, investigated, prosecuted, and incarcerated in an effective and timely fashion“

The Bruno Manser Foundation have indicated that they will shortly be likewise approaching the UK authorities to urge an investigation into Ridgeford Properties in London, which has also handled hundreds of millions of pounds worth of assets, including a large period building adjacent to the Bank of England. 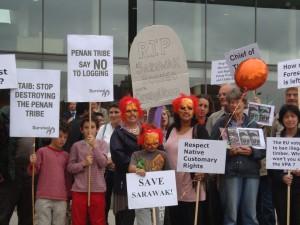 Last year the Chief Minister engineered a reception at the House of Lords during his visit to the UK to promote his Tanjung Manis Halal Hub.  He also sponsored an event at the controversial Said Business School at Oxford University, at which he was a key note speaker.

Both these promotions attracted considerable condemnation, given the Chief Minister’s record, and it is unlikely that he would receive similar welcomes in future.