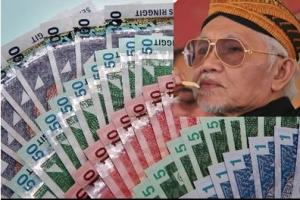 The Federal Republic of Germany has become the latest country to announce that it is mounting corruption and money laundering investigations into Sarawak’s Chief Minister, Abdul Taib Mahmud.

The development places serious further international pressure on BN to deal with their corrupted State Minister, who was forced to promise he would soon resign during the recent elections, but now shows no sign of doing so.

We can reveal that the decision was confirmed to the Swiss NGO, the Bruno Manser Foundation at the end of last week and that the investigations are already under way.

The move follows similar action in May by the Swiss Federation, which in turn finally prompted Malaysia’s Anti-Corruption Commission (MACC) to initiate its own on-going enquiries into Taib, who has blatantly abused his political power in Sarawak to enrich himself over the past 30 years. 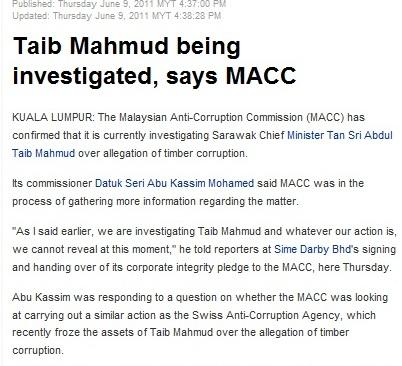 The MACC announcement in June, as reported by The Star 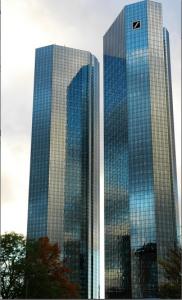 The German announcement immediately places an embarrassing spotlight on one of country’s most recognised  institutions, the global financial giant, Deutsche Bank.

Sarawak Report has been reporting on Deutsche Bank’s uncomfortable links with the Taib family assets for months and in June the Bruno Manser Foundation (BMF) led an official protest over the Bank’s involvement in alleged profits from timber corruption.

The NGO has now presented the German Finance Ministry with a dossier revealing further connections between Taib and Germany’s largest bank.

A merger in 2001 between K & N Kenanga, then 30% owned by Deutsche Asia Bank and the controversial finance subsidiary of CMS, Sarawak Securities Sdn Bhd, gained the combined company Universal Broker Status from the Securities Commission.

Details of the investigation

In an email to BMF (see below) Germany’s Finance Ministry has now confirmed that it has authorised the German Federal Financial Supervisory Authority, BaFin, to launch a full enquiry into the connections between the country’s leading financial institution and the Taib family.

The email’s explanation of BaFin’s role leaves no doubt that the remit of that enquiry, will  include money laundering:

“The German Federal Financial Supervisory Authority (BaFin), which comes under the Federal Ministry of Finance, is not only responsible for bank supervision but also for the supervision of financial institutions in respect of money laundering legislation”.  [Finance Ministry email to BMF last week]

Our exclusive translation of the extremely powerful statement reveals the full seriousness with which the German Government has taken the information presented to it concerning Deutsche Bank’s relationship with Taib.

Writing on behalf of the Ministry, an official explains that money laundering legislation means banks “are obliged to engage in customer due diligence“ particularly in terms of “identifying and verifying the contractual partner and any beneficial owners“. In a clear reference to the Chief Minister she also points out that:

“In the case of so-called politically exposed persons, an increased risk of money laundering has to be assumed, and hence a greater level of due diligence must be observed. Corruption offences rank amongst the predicate offences for money laundering“.

The email thanks the NGO for bringing the matter to the attention of the German Government and for its commitment to fighting corruption! 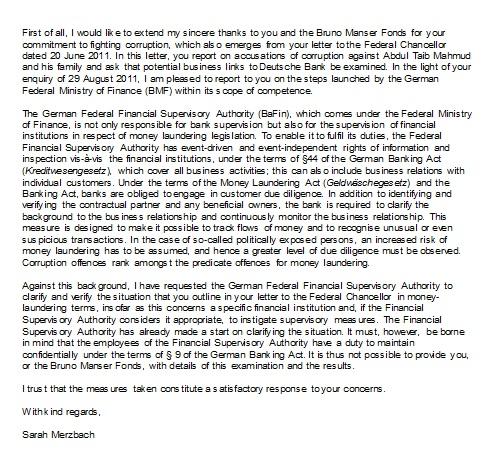 After the announcement by the Swiss Federation that it was investigating potential Taib assets in their country the Chief Minister took the unusual step of making a public declaration that he has no remaining investments linked to Switzerland. 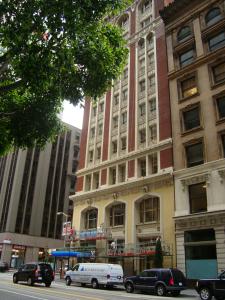 260 California Street, San Francisco – one of the Taib family office blocks in North America for which Deutsche Bank has acted as the trustee

However, he will find it impossible to make similar claims about Germany and Deutsche Bank, since a number of such connections have been clearly documented.

Sarawak Report has already revealed, for example, how the German bank acts as a trustee for Taib family assets in the USA.

The holding company for Sakti International, a multi-million dollar Taib property company in California, is called Sogo Holdings and is based in Jersey, the UK tax haven.

We have exposed how Taib himself is a 50% shareholder in Sakti International, yet Sogo is registered under the name of Deustche Bank Trustees, thereby conveniently disguising the Chief Minister and his family’s beneficial interest in the property company.

Due diligence by Deustche Bank should surely have raised serious questions over how this ‘politically exposed person’ could have acquired such a fortune in property on the back of a salary of just a few thousand ringgit a month?

Clearly, their role in concealing that ownership must now be investigated for having potentially assisted in the laundering of the proceeds of political corruption.

No mention of Taib! – the entry in Jersey’s company registry places Deutsche Bank as the front for Taib’s assets in the USA

Difficult questions that the bank now has to answer therefore, are first why it initially failed to examine Taib beneficial ownerships more closely? And second, why it has failed to respond to the revelations by Sarawak Report and other NGOs? 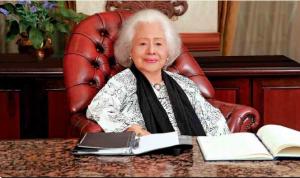 However the largest two shareholders are now Deutsche Asia Bank and CMS.

The substantial worth of the company is made plain in its latest financial records, which report that K & N Kenanga has assets worth around RM 3 billion and received a revenue of RM 250 million in 2010

CMS’s Chief Finance Officer Richard Curtis is a Director of the investment bank, as are a number of other CMS Directors, including Ahmad Alwee Alsree who is Taib’s own son in law.

Alsree declares that he has no financial interest in the compay as a Director.  Yet, he fails to mention that his wife Hanifah Taib owns a substantial share of CMS, of which he too is a Director! 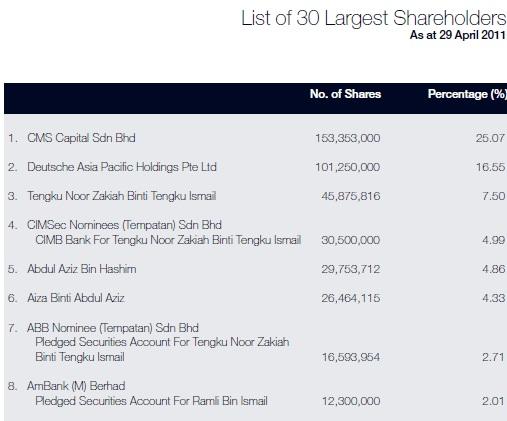 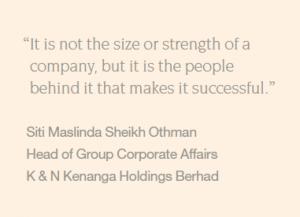 They said it! - from K & N Kenanga's Annual Report

Deutsche Bank is also likely to be asked what checks it made when it took up the role as ‘sole book-runner’ for a massive bond  issue guaranteed by the State of Sarawak in 2005 through a private company SGOS Capital Holdings Sdn Bhd for US$800 million.

An announcement explains “The State Financial Secretary wholly owns SGOS whose main business is that of holding strategic assets on behalf of the State of Sarawak”.

In its press release today the Bruno Manser Foundation has questioned whether this close relationship between Deutsche Bank and Taib was the reason why the bank suddenly and without warning decided to close a donation account to the charity in 2004?

The press release states that at the time a spokesman told the charity:

“There is a reason for this decision. But no one will tell you what it is”

The charity now says it believes the decision was a response BMF’s criticisims of Taib’s timber corruption:

“The Bruno Manser Fonds assumes that the account was closed out of consideration to the close business relationship between Deutsche Bank and the Taib family”.

It is likely that this will now be another of the questions that Deutsche Bank will be forced to answer when it is questioned by the German authorities.