Enemies Of The State? 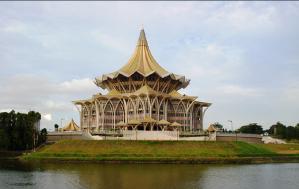 Taib made his accusations from the safety of the DUN – built of course by his own family company CMS to whom he handed the contract.

Sarawak Report is flattered to note that the Chief Minister regards our occasional observations on his management of the State of Sarawak as tantamount to a significant threat.

So much so, that he chose his post election speech to the State Assembly as a platform to rail against us and denounce this and our sister radio station Radio Free Sarawak effectively as enemies of the state.

Radio Free Sarawak has just won a major world award from the International Press Institute as their 2013 Pioneer of Free Media, granted last week under the auspices of the King of Jordan in Amman.

So, what have we done to be vilified as enemies of the State of Sarawak?

What did we do?

Have we wantonly plundered and destroyed Sarawak’s forests and grabbed her lands in order to make ourselves, our family members and our key political henchmen obscenely rich, whilst leaving the people high and dry, poorer than ever?

Have we handed over Sarawak’s oil reserves to West Malaysia under an outrageous deal that only allows 5% of the revenues to return to help develop the state?

Have we persistently robbed the public finances by grabbing nearly all available contracts for companies owned by ourselves, our proxies and henchmen, having first ludicrously inflated the costs in order to make sure we get a huge rake off?

Have we subverted the basic liberties of the people of the state by undermining the democratic process, in particular by resisting the enfranchisement of groups who we know to be opposed to ourselves; exercising massive bribery during elections; allowing government representatives to threaten and cajole and in many cases plain cheat during polling?

We certainly have not.

Have we hijacked the media and prevented anyone else from offering an alternative viewpoint to what is convenient to us by withholding their licence or their ability to form any kind of society without our own permission?

No, we have not done any of these things.

Neither are we planning to lay our hands on what remains of Sarawak’s coal and oil reserves or to dam up the state’s rivers in a massive industrialisation programme using billions in foreign loans, which are being ploughed into companies owned by ourselves.

Nor have we forcefully alienated prime areas of urban land from its rightful owners at rock bottom prices, only to have them transferred into the hands of companies we own or control (CMS/ Kuching Isthmus and Naim Cendara/ Bintulu airport are just two examples of many).

All or any of the acts above would indeed qualify any group or individual as being an enemy of the State of Sarawak.

However, the people working on Sarawak Report and Radio Free Sarawak have not made a penny out of the place nor have we performed a single illegal act.

We leave it to anyone who exercises their right to read this blog to come to their own conclusions as to whether there might be some other person or entity, who might more rightfully be regarded as an enemy of the State of Sarawak? 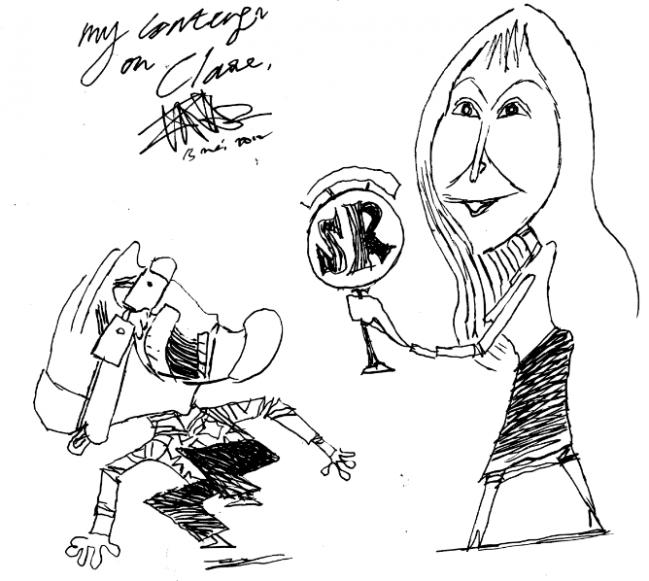 What has Taib to fear? What has the all powerful Abdul Taib Mahmud, Chief Minister of Sarawak, Finance Minister and Planning and Resources Minister to fear from our small blog and radio station that he denounced us for:

“activities intended to influence the outcome of our general election, both at State and Parliamentary level to undermine or cause to collapse of the elected leadership of the State Government” [Taib’s speech to the DUN May 29th 2013]

More specifically he accused us of having got into league with a couple of other respected environmental NGOs with a “hidden agenda” to “re-colonise” Sarawak! Has the ageing CM gone mad?

“if what they do is subjected to impartial and careful analysis, their hidden agenda could clearly be discerned and that is to cause political instability…. And above all to install a Government in Sarawak that would be indebted to them and those who funded their despicable activities. Behind the facade of these external forces is their plan to make Sarawak subservient to their agenda and those of their financiers. To me, this is a disguised attempt to introduce a disgust form of a recolonialization [sic Hansard]. This external group, I am referring to include the Global Witness, the Bruno Manser Fund, Sarawak Report and Radio Free Sarawak”[Taib speech, DUN Hansard 29th May 2013]

The Chief Minister is referring to a handful of concerned individuals and volunteers from different countries, who have printed information about his despotic and destructive regime in Sarawak.

Taib controls all the media and all the levers of power in Sarawak and yet he is fearful of a tiny blog that has concentrated on analysing corruption in his administration and a two hour radio show on short wave that allows the Dayaks of the interior to speak their minds for once.

He describes these as enemies of the state backed by financiers intent on re-colonisation?

Has Mr Taib been watching a few too many James Bond movies? 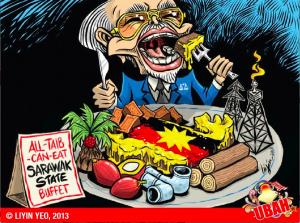 How dare any one criticise me?

If the Chief Minister was a blameless character, whom all the country loved and respected for his modesty, his honesty and incorruptible management of their affairs, he would be totally immune to the issues that have been raised in Sarawak Report and elsewhere.

No one would take the matter seriously and of course, if anyone did, the extremely wealthy Mr Taib could comfortably take us all to a British libel court and challenge us to back up our baseless allegations in front of 12 men good and true.

Instead he has behaved like the proverbial lion, fearful of a mouse.

From this we can only deduce his extreme weakness in the face of allegations of corruption, nepotism, immense greed and outrageous abuse of his excessive power.

There we said it.

So, why hasn’t Taib taken us to court?

Taib has confessed openly and on tape to being so wealthy that he has more money than he could ever spend.  So, if he has found our written allegations so damaging and undermining, why has he not taken us to a court of law? 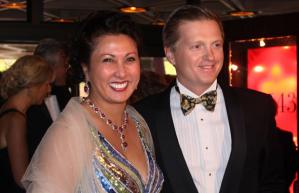 Sean Murray initiated proceedings on behalf of the Taib family.

Sarawak Report and Radio Free Sarawak could not afford the lawyers and would have to defend ourselves, giving him the clear advantage. Yet, it seems he fears to do it.

Why did the Taib family back out of their legal threats?

The Taib family have indeed in the past attempted to threaten Sarawak Report with libel action and to strike fear of ruin through an expensive court case.

Back in 2011 Sean Murray, Taib’s son in law and the Director of the Taib family companies Sakto, Sakti, Ridgeford and Sitehost in Canada, the UK and Australia, hired London’s most prolific libel lawyers Mishcon de Reya to post a 9 page letter full of threats and allegations of numerous libels they accused us of uttering.

In doing this Murray was acting on behalf of the Taib family and Taib Mahmud himself, who is the secret owner of 50% of the shares in Sakti, as we have previously revealed. 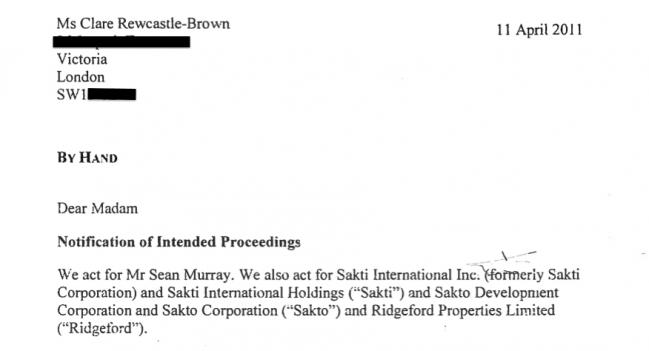 Letter from Mishcon de Reya, a favourite London libel lawyer for people like the Taibs

Their message was plain.  Retract or we can financially destroy you:

Legal threats from London’s top libel lawyer – so why did the Taibs chicken out?

The above letter was sent in April 2011.

Sarawak Report filed away the letter and we are still awaiting Mr Murray’s follow up actions.

Both he and Taib Mahmud have huge financial resources and they clearly would dearly like Sarawak Report to withdraw its allegations, so why have they drawn back from taking us to court?

Of course, Sarawak Report and Radio Free Sarawak are based in London and it is in that jurisdiction they would have to sue.

In Malaysia BN politicians are famed for being able to influence and control judges, whereas in the UK the case would be tried on the facts before a jury.

Does this have a bearing on the decision by Sean Murray to chicken out of his threats and also Taib Mahmud’s preference for accusing NGOs from the safety of the privileged platform of the DUN rather than taking them to court?

We will continue to seek the approbation and approval of fellow journalists and free societies rather than the wealthy rewards that go to the followers of Taib Mahmud, as we expose the truth about what has happened to the once rich and beautiful state of Sarawak. 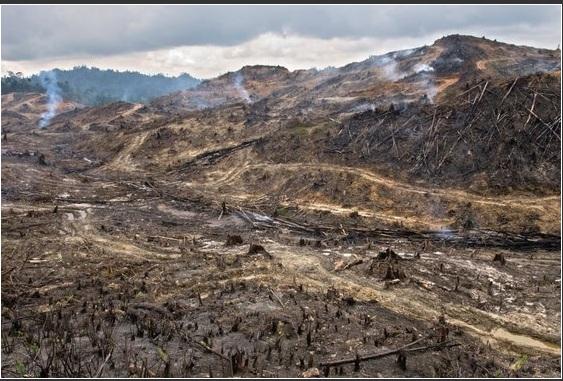