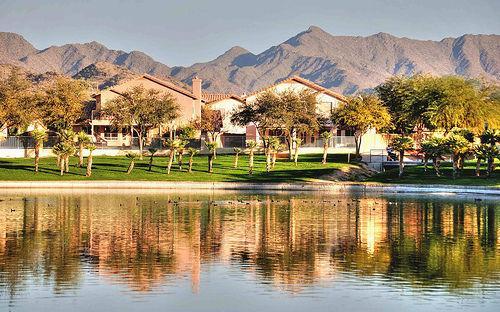 PHOENIX, ARIZONA (US). The Swiss-based Bruno Manser Fund calls on US and Malaysian prosecutors and the Sarawak state government to investigate allegations that multi-billion dollar real estate investments in the United States may have been funded by proceeds of illegal logging and corruption by the Malaysian Yaw family, the owners of the Samling timber group.

According to a new investigation published by whistleblower website Sarawak Report, the Yaw family may have been using Sunchase Holdings, an Arizona-based multi-billion dollar real estate group since the late 1980s to secretly deposit profits from their operations in Sarawak, a state in Malaysian Borneo. Sunchase Holdings was founded by Chee Siew Yaw, the son of Samling founder Yaw Teck Seng in 1988. In 1993, Sunchase purchased real estate from the US government’s Resolution Trust Corporation for $2.0 billion dollars. The group funded and developed major masterplanned communities in California and Arizona, such as Mountain House, Estrella and Lincoln Crossing. It also controls the Sacramento-based software firm INTRIX.

Currently, the Sunchase Group is being managed by William A. Pope, a US national linked to over 130 companies in Arizona, Florida and other US states. Officially, the Yaw family divested all its Sunchase stakes in 2006 but it is believed that Mr. Pope, a former Sunchase employee, is merely acting as a nominee for the Malaysian beneficial owners of the Sunchase portfolio.

The investigation also raises questions with regard to Sarawak Governor Taib Mahmud’s („Taib“) interest in the Samling group and its American real estate investments. The Yaw family’s business flourished mainly because Samling was granted 1.2 million hectares in timber concessions by Taib during his 33-year tenure as Sarawak Chief Minister.

“It is highly questionable that the Yaw family’s real estate assets in the United States were funded by legitimately earned, properly declared and taxed money“, said Lukas Straumann, director of the Bruno Manser Fund. “We expect Chief Minister Adenan Satem to hold the Yaw family to account for its unexplained wealth in the United States. All assets whose legal origin cannot be proven should be frozen and restituted to Sarawak whose forests have been ruthlessly exploited by Samling.“