JOAS Press Statement: IP Leaders commend the steadfast actions of SAVE Rivers resulting in the scrapping of the Baram Dam 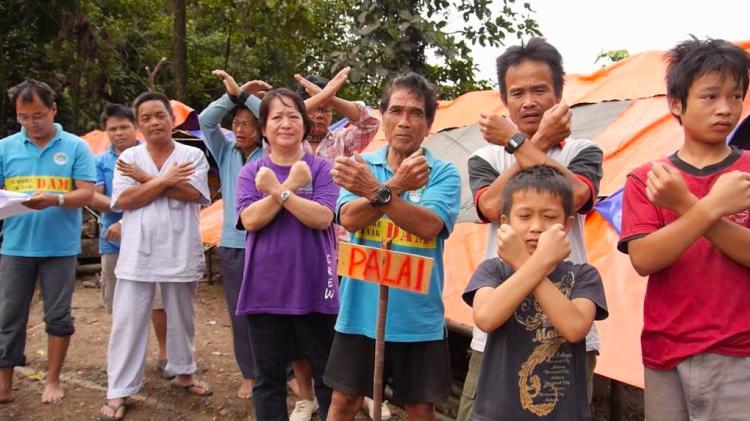 The unanticipated decision by Sarawak State Chief Minister to revoke the gazettement for land earmarked for the Baram dam site and reservoir has been commended by indigenous leaders around the world.

“The decision to halt the construction of the Baram dam is timely with the mounting evidence that the unpredictable and extreme weather caused by climate change would further increase the cost and reduce the benefits of mega dams. With the added irreparable damage to indigenous communities who would be relocated for this purpose, the decision to revoke plans for the Baram dam is exemplary,” said Joan Carling, member of the United Nations Permanent Forum on Indigenous Issues (UNFPII).

Early last week, SAVE Rivers, the key community-led NGO opposing the Baram dam, published a press statement announcing the decision. In the statement, Harrison Ngau, lawyer for the Baram villagers, shared a letter from the State Legal Office dated 15 March 2016 stating that the gazette that extinguished the native customary rights (NCR) of the indigenous Kayan, Kenyah and Penan communities to their lands for the purpose of the Baram Dam site and reservoir areas was repealed and published in the Sarawak Government Gazette on 18 February 2016.

In the earlier gazettes in 2013 and 2015, native customary lands belonging to up to 20,000 indigenous peoples from 26 villages were taken from them using the Sarawak Land Code for the proposed mega dam. The lands included their villages, farms, cemeteries and communal forest reserve land known as pulau galau. The community protested by setting up two blockades since October 2013 to prevent the construction of the access road and preparatory works for the proposed dam.

“The success of the Baram villagers in their 5-year old struggle is a huge victory for indigenous peoples around the world. It adds fervor to the momentum we need to double the global area of land legally recognized as owned or controlled by indigenous peoples and local communities by 2020,” adds Carling, referring to the recently launched Land Rights Now campaign (landrightsnow.org/)

Carling, who is also Secretary General of the Asia Indigenous Peoples Pact (AIPP), was part of the delegation of indigenous leaders who visited the Baram Dam blockades in October last year during the World Indigenous Summit on Environment and Rivers (WISER). Among the delegates was internationally renowned environmental activist, Berta Caceres from Honduras, who was assassinated a month ago in her home. Together at WISER, they had expressed their strong solidarity and support to the affected communities and the SAVE Rivers network.

“The success of the Baram folks in stopping a mega dam is one of the many land cases we will see through to victory, as we, the indigenous peoples of Malaysia are fully committed to realize the goals of the Land Rights Now campaign,” said Jannie Lasimbang, Secretary General of the Indigenous Peoples Network of Malaysia (JOAS). “This is a promise we make to ourselves and to our fellow indigenous friends across the globe,” she added.