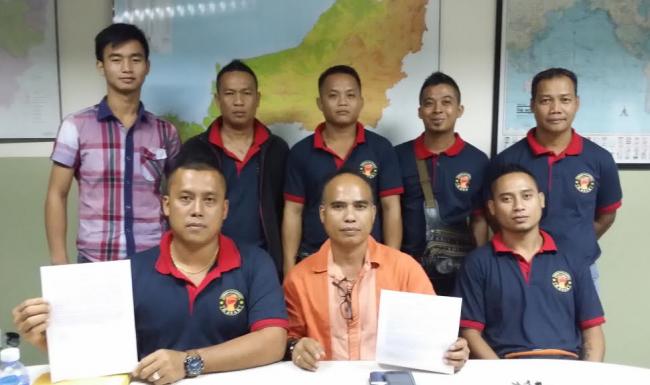 ACP Gan took it upon himself to destroy the ‘piring’ or offering made by the Ibans to their deities at the blockade site disregarding the Iban adat or custom that it is wrong to destroy the piring. He also proceeded to dismantle the blockade and the huts that the villagers erected at the site.

The Ibans residents from 5 longhouses Rumah Jeli, Rumah Rajit, Rumah Jambai, Rumah Edward Ekau and Rumah Duat are angry with the conduct of ACP Gan that totally disregard the Iban adat and they are now in the process to fine ACP Gan for destroying their piring and not respecting their adat.

The Ibans from the 5 longhouses are protesting against Tung Huat Pelita Niah Plantation Sdn. Bhd. for trespassing into their native customary rights (NCR) land situated at Sungai Bekelit, Sungai Serunggut and Sungai Kelitang.
The Ibans are also not happy with the way the said company is using gangsters and the company’s Auxiliary Police (AP) to intimidate and threaten the villagers to the extent that one of the longhouse headman, TR Jambai Anak Jali’s car was burnt in an arson, suspected to be done by the gangsters connected to the said company.