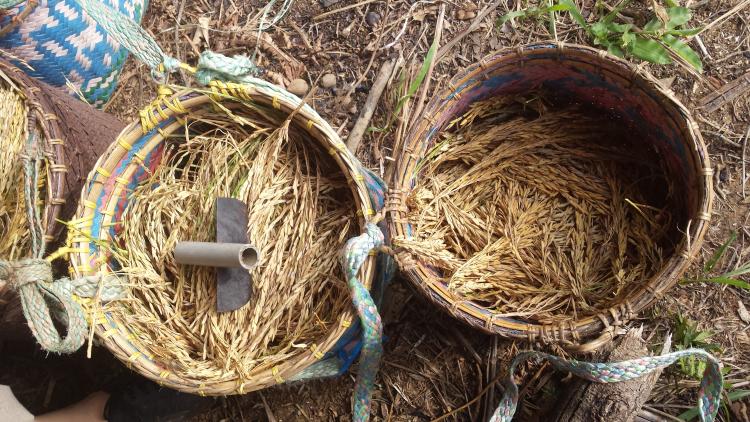 KUCHING: Many thousands of Dayak in Sarawak are finishing the annual rice harvest now, traditionally central to the calendar. However, what was once a strenuous but ultimately rewarding time of year, culturally and socially, is now indicative of a new cycle as the Dayak increasingly switch from padi to oil palm; a move that reflects both the relentless drive in Government policy to plant this cash crop and fundamental changes in the Dayak lifestyle brought about by the loss of their ancestral lands and the accompanying rural to urban migration that is emptying kampungs across Sarawak.

The new reality that needs to be faced is that this staple crop is in decline in Sarawak and without further investment and support from Bernas Bhd, the crony corporation put in place as the nation’s de facto rice regulator, may become an even rarer commodity. Moreover, commentators are claiming that due to the preferential treatment given to Syed Mokhtar al Bustary’s Tradewinds Corporation, majority shareholder in Bernas, commercial concerns are overriding social obligations, leaving the rice industry in Sarawak on the edge of extinction.

According to the Sarawak State Economic Planning unit in 2014, Sarawak has just over 2 million hectares of agricultural land, employing 26.5% of the workforce and providing 11.2% of the State’s GDP. However, rice has never been a significant factor in this economic sector for Sarawak, grown largely for subsistence.

Malaysia as a whole, however, relies on at least 30% of imports for its rice needs, bringing in the shortfall largely from neighbouring Thailand and other Asian nations. The so-called rice bowl of Malaysia is Kedah where the State Government have made concerted efforts to encourage and protect the rice industry in the state, going so far as to ban the conversion of paddy fields to housing and industrial lots in 2008. As a result, figures from the Food and Agriculture association show that Kedah accounts for over 30% of the total harvested area in Malaysia for padi, compared with Sarawak’s 19%, despite the massive disparity in the relative land masses of the two states.

The comparison in policy is stark. For Sarawak, oil palm is the preferred cash crop. While exports of every cash crop from rubber to pepper have fallen consistently in recent years, oil palm has continued to skyrocket. The planted area for oil palm has gone from 248,000 hectares in 1998 up to 1.26 million in 2014, a monumental leap of 400% in under 20 years. Padi, meanwhile, has remained largely static, accounting for only 133,800 hectares in 2014, a mere 5.4% increase since 1998 to be set against a nearly 30% increase in the State’s population in the same period. Nor is the State Government satisfied, with Land Development Minister Tan Sri Dr James Jemut Masing pushing for a further 700,000 hectares of NCR land to be converted to oil palm plantations in the near future, despite tumbling prices per tonne. 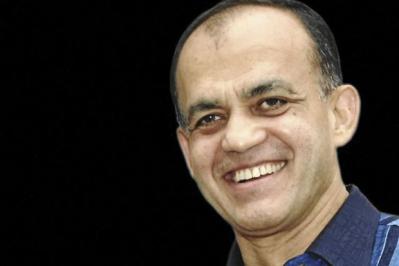 So, smallholders in Sarawak find themselves caught in the same web. Agnes Daya from Dijih, Selangau, a smallholder herself, described the trend to Radio Free Sarawak. The rural Dayak, the primary growers of padi in Sarawak, have seen a slew of landgrabs diminish the size of their ancestral lands over the past few decades as provisional leases have been issued for mega plantations under crony companies such as Samling, KTS, Rimbunan Hijau and even Syed Mokhtar’s Tradewinds, among many others. Faced with a smaller area, Agnes reports that many have switched to oil palm to bring in the cash they need to survive, effectively ruling out padi cultivation in years to come as the soil becomes too acidic.

The effects of oil palm do not stop there. Padi cultivation itself has become harder as increasing numbers of rodents, insects and other animals invade the fields, deprived of jungle to survive in, she says. Gobil, from the community in Gedong, Simunjan reports a related problem. Once one of the few commercial rice growing areas in Sarawak, marketed through Bernas under the Padi Gedong label, the community stopped producing in 1998 beyond subsistence minimum as their land started to flood, arguably due to increased run off from neighbouring plantations. The brand Padi Gedong continues, presumably in a cynical marketing strategy to encourage Sarawakians to buy local, but the rice is sourced from elsewhere, highly likely outside Sarawak. 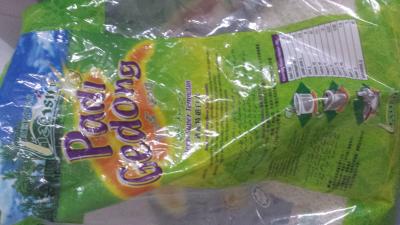 BERNAS’ Padi Gedong doesn’t appear to come from Gedong itself

Ultimately, there is no market for Sarawak padi. The current controller of all things rice in Malaysia, Bernas Bhd, has entirely ignored Sarawak as a rice producing state. Whereas multiple smallholders report selling to LPN (Lembaga Padi dan Beras Negara), the government owned forerunner of Bernas pre-1996, they now say that the price offered by Bernas is too low; oil palm offers better returns. Nor has Bernas invested in any infrastructure for rice production in East Malaysia with only a handful of distribution centres listed amongst their holdings here.

YB Gooi Shiao Leung of Alor Setar in Kedah has spoken out against the Bernas factor in an interview with Radio Free Sarawak. The early transparency of Bernas has been steadily chipped away, he says, bringing it almost entirely under the control of Syed Mokhtar al Bustary’s privately owned company Tradewinds (M) Bhd. Early on, directorships included a wide range of representatives from stakeholders in the industry, but these have been reduced. Even worse, this publically listed company was delisted from the Bursa in 2014 and since then has not even been obliged to publish financial statements.

As YB Gooi puts it: “Even though it was under Syed Mokhtar’s control, as long as Bernas was listed on the stock exchange, they had the responsibility to report on their transactions and promises, but now that they have left the stock exchange, the public have no idea what is going on inside the company. We don’t even know how much profit they are making every year.”

Bernas may be privately owned, but it has social responsibilities on maintaining sufficient rice production and stockpiles that come with growing an industry so central to the nation’s food security. However, YB Gooi worries that the company is prioritizing profits over good practice, especially troubling given Syed Mokhtar’s close personal relationship with Prime Minister Najib Razak and successive Prime Ministers and Government figures before him. Under the terms of the Bernas agreement, the company has an absolute monopoly on rice imports until 2021, leaving them with no real incentive to invest locally if cheaper imports are available.

Incredibly, import duty on rice in Malaysia is currently zero, an incredible concession to a commercial organisation. This is to be compared with overseas examples such as Japan where import duties on rice are set at a whopping 700% or the United States where aid is given to growers in the form of technology. “Why is the government giving Bernas so many special concessions, especially in the area of import duty,” Gooi queries. “They are not protecting the citizens of Malaysia. The rice growers of Kedah are saying that they are not being given any assistance by Bernas. While there used to be a large number of Bumiputera rice growers in Malaysia 20 years ago, now their number can be counted on one hand.” 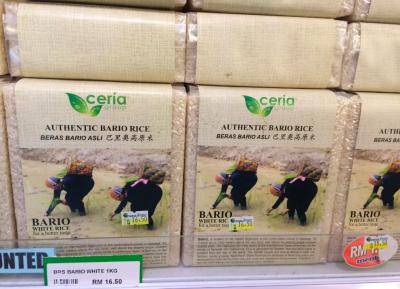 Bario rice is being promoted, but elsewhere there is little drive to promote padi.

The situation in Sarawak is even worse. Rural connectivity has been a long-term problem in the state with many areas still lacking road access beyond dangerous logging tracks. Difficulties transporting produce to market and the rising cost of living along with the loss of lands have forced huge numbers of rural Dayak to abandon their kampungs for work in the urban centres where they carry out mostly menial jobs for low pay or else go offshore for better returns.

Rose of Kampung Kerangan, Melikin now harvests her padi alone, emotional at the thought of it dying in the fields before she can get to it. Where once the kampung folk would collaborate to bring in this staple, a handful of people, largely women, are now left to do it alone. Even Gedong face the same problems. Rose’s family also plant oil palm for cash, but padi is still central to her farming life. After all, oil palm might bring in a few dollars but padi is the heart and soul of Dayak communities and Dayak culture. The switch to oil palm risks not only a loss of food security and an overdependence economically on a monoculture, but also the loss of an entire way of life passed down through the ages and the culture that surrounds it.

As YB Gooi stresses: “There must be the political will to solve this problem.” In Sarawak, the State Government is supporting the community in Bario, where evidence of rice cultivation dates back over 2,000 years, to market their rice as a premium product at a premium price, outside of the Bernas umbrella. But elsewhere, there is little drive to promote padi. If Sarawak wants to ensure the continuation of its unique species of rice, tastier and healthier and more environmentally friendly than commercially produced and imported varieties, then padi must take precedence over oil palm in policy and social concerns must trump commercial in development decisions.