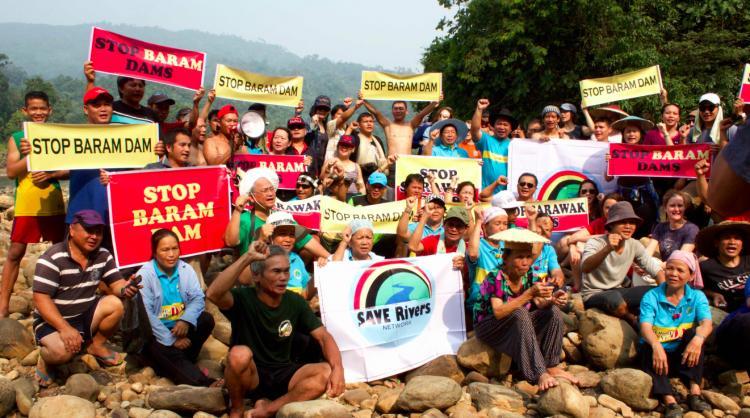 Sahabat Alam Malaysia (SAM) lauds the Sarawak State Government for heeding the calls to revoke the extinguishment of the native customary rights (NCR) of between 26 and 30 villages affected by the Baram Dam, located between Long Na’ah and Long Kesseh. SAM also commends the affected communities in Baram for steadfastly making their concerns heard to the State Government over the proposed dam which has yielded positive results.

The revocation of the NCR would mean that there need not be any forced relocation of affected communities in the Baram region and they would not lose their customary territories. Equally important, the destruction of thousands of hectares of precious ecosystems and farms will also be wisely avoided.

SAM hopes that this revocation is a sincere effort on the part of the government and not an election gimmick solely for the purpose of garnering more votes for the ruling government.

Therefore we believe now is the right time for the Sarawak State Government to take the next step of officially and permanently cancelling off the Baram Dam.

According to the Energy Commission, in 2012, the installed generation capacity of Sarawak Energy Berhad (SEB) stood at 1,352MW, while its maximum demand was 1,229MW, producing an energy reserve margin of 10 per cent. However, the Bakun Dam, categorised as an independent power producer, also generated an additional 1,200MW in 2012.

On July 22, 2014, Sarawak Hidro Sdn Bhd reportedly disclosed to the media that the 2,400MW Bakun hydroelectric dam was only operating at slightly more than 50 per cent of its optimum generating capacity of 1,771 MW as that was the current requirement of SEB. Only four to six out of Bakun’s eight turbines were running in accordance with SEB’s power requirement. The eighth turbine was only commissioned sometime in June 2014.

In 2015, news from the media disclosed that fourteen power purchase agreements (PPA) have been signed involving the combined supply of over 3,000MW of electricity. Most of the PPAs involved aluminium and manganese smelting plants, energy intensive related industries. Further, additional energy for new Sarawak Corridor of Renewable Energy (SCORE) related PPAs would be supplied by the Murum Dam, which is expected to generate between 250MW and 500MW as of end of 2015 according to the media.

With the availability of excess energy as demonstrated above, it is utterly pointless then for Sarawak to continue developing more hydroelectric projects.SAM therefore strongly urges the Sarawak State Government to cancel the Baram Dam as well as another 10 proposed hydroelectric projects in the state and focus more on projects with actual benefits for rural communities.