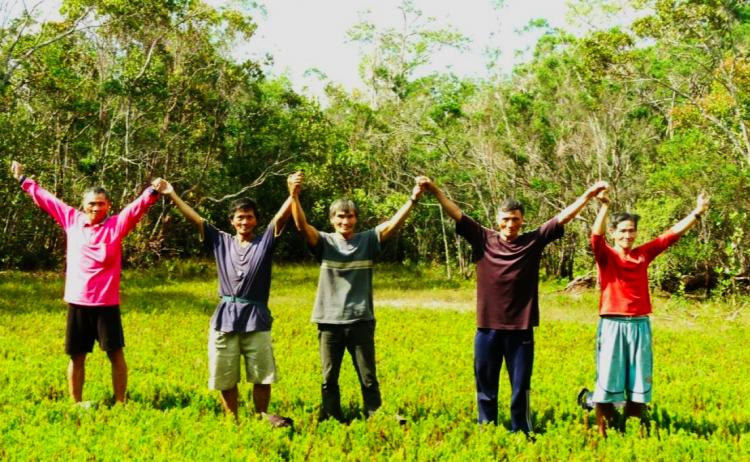 Miri – Village folks in Baram were enthusiastic when informed about a proposal made to the Sarawak state government for a rainforest park to be created in Ulu Baram.

The concept of the Taman Damai Baram is for a primary jungle to be jointly maintained and managed by the communities living in the area with the support of the Sarawak government. With cooperation between the government and the villagers, effort in preservation and protection of the forest would be more effective. The park is also meant to offer the communities alternative sources of income that are in accordance with conservation goals. Beside conservation and protection of the rainforest, the park also aims at preservation of the indigenous cultural heritage.

A group of villagers have drawn up a proposal to the government of Sarawak for a community-managed and protected forest area in Ulu Baram. A meeting on the proposal was held in February this year (2016) with representatives of the villagers and a delegation from the government which was led by the Director of the Sarawak Forestry Department, Haji. Sapuan Ahmad. At the meeting the government agreed in principal on the concept of the proposal.

The proposed name of the project is “Taman Damai Baram”. It was first suggested in 2009 and at that time it was known as the “Penan Peace Park”. The name change was necessary in view of the existence of various other indigenous groups who are living in the area. The area which is one of the very few primary forests left in the interior of Baram covers an area of 1633 square kilometres. It is located adjacent or close to a number of national parks, namely the Pulung Tau National Park and the Batu Lawi National Park in Sarawak and the Kayan Mentarang National Park in Kalimantan Indonesia.

Last week, a delegation from SAVE Rivers and Penan went on a roadshow to involve the various communities in the area and to ask their feedback. The objective of this roadshow with presentations in Miri, Long Banga, Lio Mato and Long Semyiang was to expand the involved communities beyond the Penan who initiated the project with the Penan Peace Park.

The visited villages were excited about the idea of the Taman Damai Baram and expressed their support. Matthew Usat Kajang, a Kenyah village leader of Long Semyiang said: “This is what we have been waiting for all along. We will cooperate in whatever ways we can in order to make it a success.” Bilong Oyoi, a Penan community leader from Long Sait, added that it is important that all the indigenous communities work together, so that this project can be realized. They all hope that the government will give the full and effective support for the implementation of the Taman Damai Baram.