One law for the Taibs and another for everyone else?

Elia (second right) is the niece of the Chief Minister. We hope she enjoyed her beer, but why condemn and oppress other women who drink?? 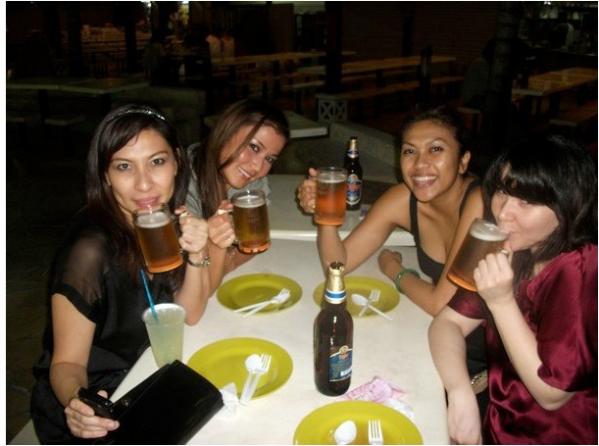 Cheers to Elia Geneid the niece of Chief Minister Abdul Taib Mahmud and daughter of his favourite sister Raziah Geneid.  Except, of course, any other Muslim girl shown publicly waving a pint of beer or enjoying champagne such a fashion would risk a public lashing these days! 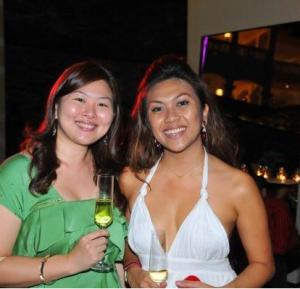 Elia (right) is clearly confident that she can get away with behaving (and dressing) how she likes!

For this reason Sarawak Report, which does not condemn the consumption of alcohol, wonders why Elia and her friends would dare to behave in such a fashion, flaunting their drinking habits for the cameras?  We can only conclude that such behaviour is tolerated by their families, who nevertheless demand that other girls behave in a far more modest fashion or risk punishment and humiliation.

Contrast Elia’s brazen, bare-chested style to the demure dress and behaviour expected of other Muslim women by the men who run the BN government, including her uncle Taib Mahumud.  The story last year of a young model who narrowly escaped a public lashing for drinking a beer in a hotel bar should have been enough to strike fear into thousands of young ladies, but not Elia.  But then members of Taib’s family have been known to make it clear that they consider themselves to be above the law, which is only meant to apply to others and not those who actually make the laws. 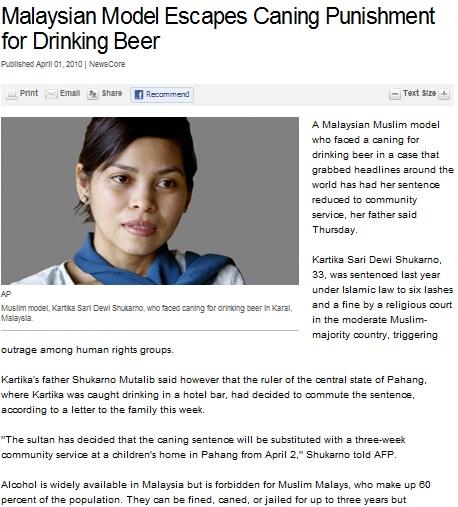 Kartika Sari Dewi Shukarno, who narrowly escaped a flogging but only after a wave of national and international outrage

We suggest that Taib thinks a bit more carefully about how he allows his family to behave, given the way women like Kartika Sari Dewi Shukarno are treated by his government.  Elia is, as we have  already exposed, the beneficiary of millions and millions of ringgit handed to her by Taib in the form of lands, which he had taken from indigenous people, despite their native customary rights.  Therefore, she is breaking the law in more ways than one. 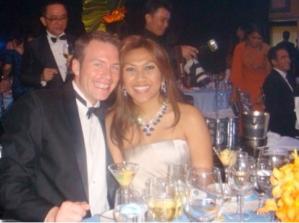 Alternatively, her new husband might decide to have a word in her ear….. but he still appears so dazzled by his own luck in marrying such wealth he probably has yet to find his tongue in such matters!

Uncle Taib, there are so many more pictures of your feckless family flaunting their bodies, their jewels and their drink, that you preaching purist Muslim behaviour at everyone else is going to start making them very angry indeed.