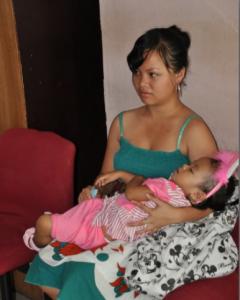 Evidence shows that three times as many mothers die in Sarawak than in the rest of Malaysia and ten times as many as in Australia or the UK.

The Sarawak Government has been covering up a health scandal by deliberately concealing the true level of maternal deaths, according to exclusive information which has been made available to Sarawak Report.

Concerned doctors and health professionals have been investigating the true level of inadequate health care provided in the state, which is the richest in terms of resources in the whole of Malaysia.  They say their findings show that the deaths of women in childbirth are far higher than are being admitted to in the official statistics, yet the spending on healthcare per person in the state is less than one quarter the amount spent on health care in West Malaysia!

“Sarawak is a large state with a small population spread over difficult terrain” commented one of the health professionals who passed on their information to Sarawak Report.  “This means that you would expect far more money to be needed to provide adequate healthcare, not less.  But the BN Government has clearly chosen to abandon the indigenous people of the interior instead.”

No facilities for problem childbirths 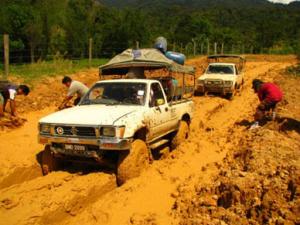 No way to travel in an emergency - crammed in the boot on a road like this. No wonder so many women die if things go wrong.

The shocking figures bear out the practical experience of doctors working in the field in Sarawak.  Another senior obstetrician commented that most women from the interior suffer grave risk in childbirth, because the simple precaution of bringing them into hospital a few days before they are due to give birth has been ignored by the authorities.

“This precaution would be very cheap in comparison with the flying doctor service, which is a big waste of money” he commented.  However, he says that since there is no opportunity for profit-making by people in power, there has been no interest in developing this method of saving hundreds of lives.

The obstetrician also commented that poverty and the appalling state of the roads are a major factor in deaths in childbirth.  “People are getting poorer and costs of food an fuel are getting higher.  This makes the women less strong and they cannot afford to go to hospital. If there is an emergency the roads are so bad it takes too long”.

The doctors state that the main causes of maternal deaths in Malaysi are caused by haemorrhage, infection, brain seizures, hypertension, anaemia and obstetric fistulae.  These are all conditions that can be managed if women are safely in hospital.  However if they are a long journey away they will nearly always die.  Because there are so few health professionals working in the interior there is virtually no monitoring of women in their pregnancy and dangerous conditions are not picked up until the woman is already in labour.

However, the doctors say that figures being promoted by the Sarawak State Health Department are highly misleading and attempt to give the impression that the death rate in the state is no higher than in Malaysia as a whole:

The contested figures are to be found in the Sarawak State Health Department’s publication ‘Health Facts About Sarawak’, published 2008.  However, the experts say that it is not based on genuine research in Sarawak, only on Malaysia-wide statistics.

Misleading statistics? 30 deaths in 100,000 births is the story according to the Sarawak Health Department.

By contrast the doctors say that a paper published in the book “Women and Health – Village Mothers, City Daughters” 2007, by Adeda Baer, quotes a peer-reviewed report “Sudden Maternal Deaths in Malaysia – A Case Report” by R Jejasothy in the internationally accepted Journal of Obstetrics and Gynaecological Research (Vol 28, No 4, pg 186-93) calculates the death rate to be 92 in 10,000 births.

Low spending for Sarawakians – less than one quarter what is spent on average Malaysians on health!

The doctors also point to shocking figures that indicate the people of Sarawak receive less than a quarter in health spending per person compared to people in mainland Malaysia, even though the remote communities would indicate the need to spend more money not less.

The same Sarawak State Health Department figures say only RM 422 is spent per person in Sarawak on health each year, whereas World Health Organisation figures state that the average spending per person in Malaysia is RM 1,800. 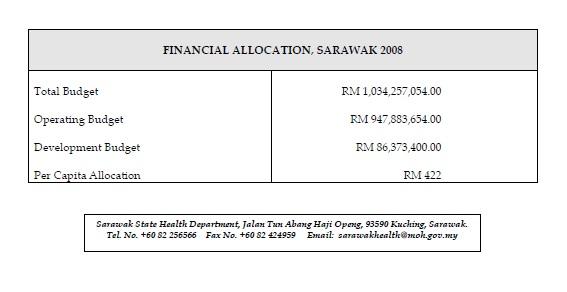 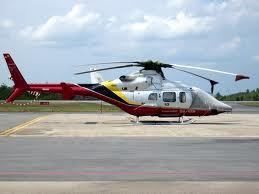 However, even more shocking is the allegation that what small amount of money is spent on Sarawak healthcare is spent on programmes that will more benefit Ministers’ bank accounts than sick patients!

The doctors spoken to by Sarawak Report say they blame the BN Government for the shocking death-rate, because they have been more interested in providing expensive facilities which provide Ministers with opportunities to make money, than far cheaper and more practical services that could save lives.

One obstetrician who has worked as a so-called Flying Doctor said he was sickened by the corruption of this service, which costs the country around RM 90 million a year.  He told us:

“This Flying Doctor Service is a waste of money as far as the patients are concerned.  It cannot fit people who are lying down and there is not enough room for the doctors to bring more than a few pills in terms of equipment.  We go on scheduled trips and arrive in villages at a time convenient to the service and not when people are actually sick.  We hand our a few panadol out and then we fly on to the next place.  We very rarely perform emergency rescue trips. These helicopters are good for flying healthy doctors but not sick patients!”

The obstetrician told Sarawak Report that it would be far cheaper and more effective to have para-medics stationed in all communities to identify sick mothers and patients and to arrange for them to be transported to proper hospitals in good time.  He also said that money should be spent on providing accomodation in District Hospitals for mothers for at least two weeks before their birth date.  He said these two measures would save very many lives, while the Flying Doctor helicopters save virtually none.

However, he gave one good reason why the BN Government has always preferred to maintain the helicopter service.

“It is corruption.  Ministers compete for who will get the contract for this service!  It is worth RM 4,000 for every stop the helicopter makes.  We go to four stops in one day and there are 3 helicopters.  There are millions to be made for the company which gets the Flying Doctor contract and they like to take it in turns!”

Sarawak Report has investigated the ownership of the company that received the latest contract for the Flying Doctor Service, which was tendered in 2009.  We can confirm that one of the major shareholders is the son of the Deputy Chief Minister, Alfred Jabu!  We therefore challenge the BN Government to answer the charge of doctors that it has ignored the advice of medical experts and allowed ministers to put illegal profits before the lives of hundreds of vulnerable women in Sarawak! 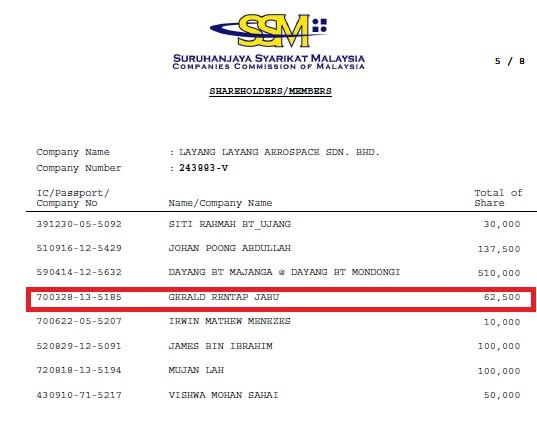 Conflict of interest - How dare the BN Government hand the multi-million ringgit helicopter service to the son of the Deputy Chief Minister?

Kam Agong a case in point 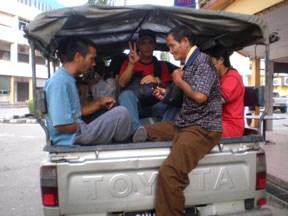 Chief Minister Taib himself has referred to the acute shortage of qualified medical staff in Sarawak’s rural areas.  In 2008 he was reported admitting that only 22.2% of medical officers posts were filled in Sarawak’s health clinics!  He also admitted that a third of Sarawak’s population has NO ACCESS to any hospitals or clinics, compared to 95% of the rest of Malaysia who do have access.  Just last month the Prime Minister suffered the embarrassment of opening a clinic in Belaga for rural people, only to discover that it will have no doctors!

Surely addressing this scandal and not providing a useless helicopter service should receive what money is available?  The family of Kam Agong, a mother of 8 who died in childbirth due to medical neglect have waged a determined campaign to publicise the greed and corruption that has drained the money from helping women in the interior into helping Taib’s ministers get richer.  They have condemned the poor roads and transport that mean heavily pregnant women have to travel to clinics by sitting for hours in the back of open jeeps on bumpy tracks. 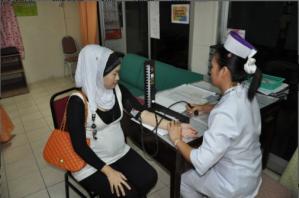 Every woman's right and Sarawak could afford it if ministers were less greedy!

They have shown how the lack of specialist care in all but 4 clinics in the whole of Sarawak meant that their mother was operated on and killed by an unqualified worker.  Read their website and support their campaign for more trained doctors, more mid-wives and more medical officers.  Sarawak is the richest state in Malaysia, so it can afford them if the money can be kept away from greedy ministers! 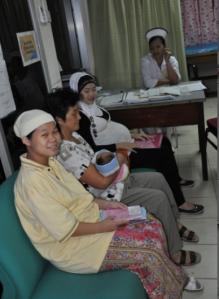 Waiting in line – these women have made it to hospital